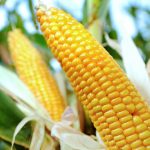 The $930 million cash purchase  is set to give the company an upper hand in the quickly expanding  field of scientific weather data, something that would put vast  amounts of climate information at farmers’ fingertips.

Monsanto said in a press release that the Climate Corporation   “has a core set of support tools to benefit farmers. These  include products that help them boost yields on existing farmland  and better manage risks that occur throughout a crop  season.”

The company added that the merger of crops with big data  presented a possible $20-billion profit increase across the  entire industry.

Monsanto’s chairman and CEO Hugh Grant said that “the Climate  Corporation is focused on unlocking new value for the farm  through data science… everyone benefits when farmers are able to  produce more with fewer resources.”

Grant’s counterpart, David Friedberg of The Climate Corporation  said that farmers today are challenged to make key decisions for  their farms “in the face of increasingly volatile weather  conditions.”

“Because of this we believe there is a real opportunity and  value in working with farmers to manage the risks that affect  them every year,” Friedberg added.

What makes Climate Corporation special is its array of tools for  predicting extremely local events with high precision. Those  tools, when incorporated with Monsanto’s software, are expected  to greatly improve farmers’ work with field maps, soil data and  seeds. Being able to use such software on the move gives farmers  an added benefit.

Farmers will be able to access FieldScripts – Monsanto’s  satellite-based science software – from their mobile devices  while sitting in their tractors. Data received from Monsanto then  automatically installs the most favorable settings for planting.

At the moment, the trial version of the software is being tested  by around 160 US farmers across 40,000 acres of land, according  to the Financial Times.

Other companies aside from Monsanto are also joining the ranks of  growers with hi-tech toys. Rival DuPont Pioneer, for example,  also has an online hub giving famers instant access to soil,  weather and other information – called Field 360. It launched  this summer.

And the marriage to big data could be a timely one for Monsanto,  as the company has just passed its historically weakest quarter,  and done so with a larger loss than forecast. In the three  quarters preceding August, the company lost $249 million –   exactly 20 million more than the same time last year.

While being an industry leader, Monsanto has been the subject of  a great number of lawsuits from farmers and social discontent  revolving around its development of genetically-modified seeds,  as well as policies that take away from farmers’ pockets.

Jeffrey M. Smith, a GMO researcher from the Institute for  Responsible Technology in an interview with RT accused the  company of trying to take full control of the world’s seed supply  to bolster profits, while hiding the effects of GMO on the  ecosystem and human health.

“The world’s experts at feeding the world and eradicating  poverty actually have the report, called “I-Stat” sponsored by  the UN and the World Health Organization – and it concludes that  GMOs in their current form have nothing to offer in feeding the  world or eradicating poverty. There has been a promise to get  people to try and promote the technology, accept the technology,  but it doesn’t in fact even increase average yield, it reduces  yield on average, according to independent science,” Smith  explained.

In March of this year, the US House of Representatives quietly  passed a last-minute addition to the Agricultural Appropriations  Bill for 2013 – including a provision protecting genetically  modified seeds from litigation in the face of health risks.

However, food safety advocates rejoiced a week ago after the  controversial provision was removed from the Senate version of  the bill.