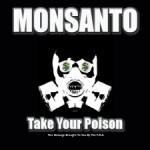 The biotech rider dubbed the “Monsanto Protection Act” by food and agriculture activists has been extended by the House, advocacy group the Center for Food Safety reported Wednesday.

The earmark, which was slipped into a vast budget bill passed six months ago without being read by most Congress members who voted it through, protects biotech giants like Monsanto and their genetically modified seeds from litigation in the face of possible health risks. Despite over 250,000 people signing a petition against the earmark, and a number of rallies taking place in response to its passing, the rider remains in the three-month extension of the appropriations bill voted through the House Tuesday evening.

“It is extremely disappointing to see the damaging ‘Monsanto Protection Act’ policy rider extended in the House spending bill,” said Colin O’Neil, director of government affairs for Center for Food Safety. “Hundreds of thousands of Americans called their elected officials to voice their frustration and disappointment over the inclusion of ‘Monsanto Protection Act’ this past spring. Its inclusion is a slap in the face to the American public and our justice system.”

Via a release from the food safety advocates:

In addition to being completely unnecessary, the rider represents an unprecedented attack on U.S. judicial review, which is an essential element of U.S. law and provides a critical check on government decisions that may negatively impact human health, the environment or livelihoods. This also raises potential jurisdictional concerns with the Senate Agriculture and Judiciary Committees that merited hearings by the Committees before its consideration.

Today over 100 of the nation’s top organizations and businesses will send a letter to Senate Majority Leader Reid and Senate Appropriations Chairwoman Mikulski calling on them to strip the rider from the bill. Senator leadership issued strong statements last spring opposing the rider and Center for Food Safety hopes they will stay true to their word.