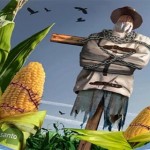 Write and Call Your Senators to Make Sure They’ll Vote Against the MPA!

Victory! Thanks to your calls and letters to your U.S. Senators, the movement to repeal the Monsanto Protection Act (MPA) has achieved a preliminary victory: On June 4, Sen. Debbie Stabenow (D-MI), the Agriculture Committee Chair with the final say on agriculture issues in the Democrat-controlled Senate, promised that the MPA, which expires on September 30, won’t be renewed without a vote.

The MPA is what is known in Congress as a “policy rider”, language that is hidden within a large bill that few Congresspersons will read, but most will vote for. Sen. Roy Blunt (R-MO) slipped the MPA into the Continuing Resolution, a bill to fund the government through September 30. The MPA prevents judges from enforcing injunctions on genetically modified seeds even if they are deemed unsafe.

After overwhelming public uproar in opposition to the MPA, Sen. Jeff Merkley (D-OR), tried to repeal it though an amendment to the Farm Bill. Sen. Thad Cochran (R-MS) blocked the vote on Merkley’s amendment, but Agriculture Committee Chair Sen. Debbie Stabenow (D-MI), who managed the Farm Bill debate, offered a compromise in the form of a promise that she would work to ensure that the MPA isn’t included in future appropriations bills without a vote and full debate.

This is a preliminary victory in the campaign to repeal the MPA, and it is due to the thousands of you who called and emailed your Senators in support of the Merkley Amendment. Let’s keep the pressure on!

Please call and email your Senators and ask them to pledge to vote against the MPA if Sen. Blunt proposes it again!

Written by: organicconsumers.org on September 15, 2013.
Last revised by: