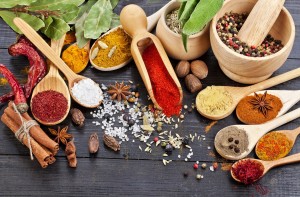 Donna Pierce was a 69-year-old grandmother who loved to laugh and thought that laughter would add years to her life.Unfortunately, Pierce was one of 87 people who contracted Salmonella Rissen between 2008 and 2009, and she subsequently died from the infection after spending the last month of her life in the hospital.

An investigation into the source of the outbreak pinpointed Salmonella-contaminated white pepper that had been processed by U.F. Union facility in Union City, CA, and originally imported from Vietnam.

This outbreak, along with two other large-scale outbreaks related to Salmonella-contaminated spices between 2007 and 2010, prompted FDA to begin a major investigation into spice safety.

Since imported spices account for more than 80 percent of the U.S. supply, they were an important part of FDA’s investigation and, in a study released in June, the agency found that nearly seven percent of imported spices were contaminated with Salmonella.

Spice imports were twice as likely to be found contaminated as shipments of all other FDA-regulated foods combined, and it wasn’t only untreated spices that were contaminated. Some shipments subjected to pathogen reduction treatments still contained Salmonella.

Of the spices sampled, contamination was most prevalent in imports from Mexico and India. The highest concentrations of Salmonella from all sources were found in coriander, oregano, basil and sesame seed.

According to an FDA spokesperson, the agency will soon release a broader spice risk profile to address “the effectiveness of current and potential new interventions to reduce or prevent illnesses from contaminated spices.”