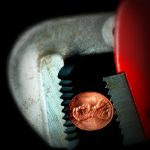 I am always on the lookout for great deals for prepping and survival supplies.

I was scouring through a few forums and ran across this post from way back in 2008.

Even though I’m sure that inflation has taken its toll on the items below, they are still an incredibly cheap and quick way to boost your preps without destroying your budget.

Take a look below and let me know what you think:

After reading scores of threads of people asking how to get started prepping, having to “sneak” prepping from their spouse or “don’t have the money” to prep, I thought I would put together a thread that would cover each.

The goal of this thread is to demonstrate that prepping can be done on the cheap for about $ 5.00 per week. I do not think that I know anyone who could not spare five bucks per week to invest in the ability to feed yourself and your family in the event of being affected by some form of disaster.

What can you add to this list that can help the rest of us get prepped for under $5.00?