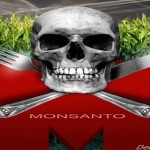 The U.S. wheat industry was nearly brought to its knees after the discovery of a genetically modified strain Monsanto  (NYSE: MON  )  had tested years ago was inexplicably found growing in an Oregon farmer’s field. Because most of the rest of the world rejects GM wheat and the wheat from the Pacific Northwest is mostly targeted for export, the ramifications of the discovery were massive.

Now it’s deja vu all over again. A Washington State farmer had his alfalfa crop rejected by a broker after it tested positive for the presence of genetic modification. The implications for this recurrence are just as profound as they were for wheat.

Several countries immediately imposed bans on the import of U.S. wheat and an investigation that’s still ongoing was launched to figure out how a strain of genetically modified wheat that Monsanto said it completely destroyed except for the small amount the U.S. government supposedly has under lock and key in its vaults made it into the wild.

According to the U.S. Department of Agriculture, alfalfa, with a value of around $8 billion, is the fourth-most widely grown field crop in the country, surpassed only by corn, wheat, and soybeans. Alfalfa hay, which the Washington farmer was selling, is a valuable export and hit a record high of $1.25 billion last year. Washington is one of the country’s largest export alfalfa producers.

Like the runaway wheat strain, the tainted alfalfa was found to contain the genetic presence of the Round-Up Ready trait. That’s the powerful and deadly herbicide that kills any plant life its sprayed on unless Monsanto has rejiggered its genetic code to withstand its onslaught. You can spray the herbicide on Round-Up Ready seed all day long, and it will still grow because of its genetic modification.

The only difference between alfalfa incident and the wheat one earlier this year is the U.S. government permits farmers to grow genetically modified alfalfa; it prohibits GM wheat from being grown because of the global opposition to it.

And that highlights one of the biggest risks opponents of GM foods have pointed out: once you start growing a genetically modified crop, you can’t protect non-GM fields from being contaminated. One farmer can grow GM alfalfa — or corn or soybeans — and another across the road can choose not to, but wind and bees can can cause the fields to be cross-pollinated, and the non-GM farmer is left without recourse.

The episode raises some far-reaching fears. Farmers now are at risk if they practice the time-honored tradition of seed saving, and not just here, but all around the globe. DuPont  (NYSE: DD  )  just acquired South Africa’s largest seed company that owns a large storehouse of maize germplasm, one of the most important crops on the continent where Monsanto already owns 50% of the market. Once they start accepting GM seed, they’ll quickly learn they’re no longer allowed to save it as the chemical giants own the food chain.

Not only should alfalfa farmers be worried because many countries including China don’t allow any imports of GM crops, but alfalfa hay might not be able to be fed to domestic livestock because the introduction of GM contaminants can ruin their sales. And no just of beef, but organic dairy and other animal-based products. Monsanto says all is well as other importers like United Arab Emirates, have no restrictions on genetically modified crops and negotiations are under way with China too.

Once again the livelihood of farmers is being threatened by the pursuit of Monsanto to expand its reach over agriculture. We continue to be assured there’s no harm to come from eating GM food,s but we are continuously reminded why such foods need to be labeled at a minimum.

As this looks like it’s going to become a recurring nightmare for our nations farmers, let’s all take bets on which crop will be next to threaten their futures and put the country’s economy at risk, all for Monsanto and the biotech industry’s benefit.

Even More Premium Stock PicksDividend stocks can make you rich. It’s as simple as that. While they don’t garner the notoriety of high-flying growth stocks, they’re also less likely to crash and burn. And over the long term, the compounding effect of the quarterly payouts, as well as their growth, adds up faster than most investors imagine. With this in mind, our analysts sat down to identify the absolute best of the best when it comes to rock-solid dividend stocks, drawing up a list in this free report of nine that fit the bill.