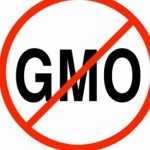 On my journey towards a whole food lifestyle and better, more natural nutrition I have found one little acronym with a huge impact. GMO. Many in the general public don’t know what this means. A GMO is a genetically modified organism. In plain English, if you were to look at a plant’s DNA it would be similar to a game of “What doesn’t belong here?” For example, you could take a specific gene out of tuna fish and place it into a DNA strain of tomato. (I do not know if this has been done or if this can be done. It is just a visual example.) Now, the main reason that companies do this is to make the crops resistant to pesticides so that they can spray their fields and kill unwanted plants without harming their prized crops. This means that those crops that are genetically modified are doused in highly toxic chemicals and then sold to the American public, along with other countries.

If you are anything like me, you would imagine that the most dangerous part of this equation would be the pesticide coating the food that we ourselves are ingesting and that we are feeding to our families. Up until recently, this is what I also believed. This assumption; however, has been proven wrong. An amazing health and wellness blog that I am subscribed to called +Small Footprint Family recently posted this video.

This shows the results of the first long term study on the effects of GMO’s. Prior to this the only studies that had been done were short term, (3 months or less), and were regulated by the company that’s product were being studied. In terms of science this means that the study is not truly conclusive. In order for scientific research to be valid the study must be able to be reproduced by any other scientist.

To protect against bad science and fraudulent data, government research-granting agencies such as the National Science Foundation, and science journals including Nature and Science, have a policy that researchers must archive their data and methods so other researchers can test the data and methods and build on the research that has gone before.

The previous studies not only were conducted over a dismal time span in the eyes of science especially when in reference to something affecting the human body (Think about it, they are doing a 3 month study to see the effects of a dietary change over a human’s life span. Do you really think 3 months is enough time to learn about this?) but they were also conducted by a biased agency. (This would be like a sports team awarding themselves the “best sportsmanship of the year” award.)

All of the previous studies also only looked at the safety of the GMO and the pesticide in combination, never testing the GMO’s effects by themselves. This allowed people to believe that it was the pesticide causing negative health effects and not the GMO. Now that this study has been posted it is more apparent than ever that genetically modifying foods puts the health and safety of consumers in grave danger. The unfortunate fact is that all of this news is coming so late in the game. If only these companies had been required to accurately test the safety of all of their genetically modified products before releasing them to the public so much of this could have been avoided. However, it is becoming increasingly apparent that money buys our government’s vote and companies like Monsanto certainly have a lot of money to buy their way into acceptance. In fact, our President has recently passed a law that temporarily makes them unable to be sued. This video describes the sneaky politics that allowed such a thing to happen and the detrimental effects it can have.

Not only is this section of this bill in direct opposition to the way this country was set up, (referring to the three branch system of checks and balances), but it is also a look into what the government’s true interests are. But enough about the politics behind this monstrosity, let’s look at what actually makes GMO’s so dangerous.

Since not very much research has been conducted on them, there is not nearly as much information out there about GMO’s as there should be. The Institute for Responsible Technology warns against ingesting GMO’s due to high health risks. These include:

Those are just the currently known risks and keep in mind that in-depth research on this topic just started. After reading several articles and watching several videos on GMO’s I have come across enough information to reaffirm my determination to eat organically and whole and doing my best to make sure that the people I care about do as well.

One of the most shocking things that I have read so far also comes from the Institute for Responsible Technology.

By the third generation, most GM soy-fed hamsters lost the ability to have babies

Are they saying our food is causing our fertility problems? Yes, they are. The mainstream media and government wants to blame these current fertility drops on the recession and the decline in immigration but is this true?

1994 was the first year that genetically modified foods were commercially sold in the United States. In 1993, the birth rate in the US was 15.7 per 1,000 according to InfoPlease.com. In 2010, approximately 75-80% of conventional, processed food in the U.S. had GMO’s. Conveniently enough, (or should I say inconveniently?), by 2009 the birth rate had dropped to a mere 13.8. While this may not seem significant, if you look at it in context based on population that means that in 1993 4,046,613 babies were born. Compared to 2009, when our population was 50 million larger, only 4,236,690 babies were born. This number should be much larger if it were proportionate to the population increase. Is it just me or does this timeline fit more closely with the introduction of GMO’s than with the beginning of the recession?

Now that GMO’s have been introduced into our soil and crops there is no way of ever 100% eradicating them due to the fact that their pollen has now participated in drift across the world. What we CAN do is to stop participating in this poisoning of our food supply by no longer purchasing these foods and putting money in these company’s wallets. The main supplier of genetically modified foods is the mega-corporation Monsanto. My suggestion to all of you is to limit, (or if possible completely stop), your purchases of products from these companies. Not only to send a message to companies and to our government that genetically altering our food at the cost of our health is unacceptable but also to protect ourselves and our families. If we can put a dent in their pockets maybe they will understand.