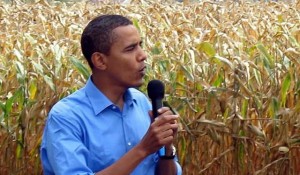 We who are awake are well aware of the rampant cronyism in politics and government today, but what surprises the hell out of most of us is how quickly those who make promises … forget them after elected.

Our president is no exception and as a matter of fact seems to have written the “how to” book on the subject. One of these promises was the labeling of GMO’s “Because Americans have the right to know what they are buying”, BULL! This was a great tag line when appealing to the massive majority of us who strongly oppose GMO’s and as usual was all show and no go.

Since in office he has stopped a two year investigation into monopoly seed practices by Monsanto, installed Monsanto executives in high administrative positions where the can exercise massive influence on the safety and content of our food, signed the Monsanto protection act, and more.

It is as if We The People mean nothing when compared to his powerful Bio-Buddies, and the health and well being of the entire American population are destined to take a back seat to this blatant favoritism. What ever happened to the days when an American president served the people?

One question Mr. President, Did you think we where not listening?

Attached you will find a great article on this subject published almost exactly two years ago. TLB believes it is worth revisiting for the sake of this topic of grave concern to us all …

By: By Tom Philpott

Back in 2007, a presidential candidate named Barack Obama declared that foods that include ingredients from genetically modified crops should be labeled. As president, he vowed, he would strive to “let folks know when their food is genetically modified, because Americans have a right to know what they’re buying.”

The ambitious senator from Illinois was no doubt sensing a popular cause. According to a 2010 poll (PDF) conducted by Reuters Thompson, more than 90 percent of Americans thought GMO-containing foods should be labeled.

As president, Obama has been silent on the issue, as has his FDA, which oversees food labeling. Meanwhile, Obama’s USDA—which oversees farming practices—has been greenlighting GMO crops left and right, even while acknowledging that they generate herbicide-resistant weeds and other troubles.

But a vigorous grassroots pro-labeling movement has been gaining steam for a while, and this week, a coalition of sustainable-food NGOs and organic businesses has launched a campaign to “flood the FDA with comments so they know that the public wants labeling of GE [genetically engineered] foods.”

Along with the public campaign, the group has also submitted a formal petition (PDF) to the FDA, which in the course of demanding labeling also lays out a blistering critique of the way agency regulates GMOs—which is to say, hardly at all.

The petition acknowledges that the FDA can’t require labeling of GMOs  solely based on public opinion polls or campaign speeches. In order to  require labeling, the agency would have to acknowledge that GMO and  non-GMO foods are substantially different. That would mark a sea change  in policy. In its 1992 statement on the topic, which remains official policy, the FDA declared:

The agency is not aware of any information showing that foods derived  by these new methods differ from other foods in any meaningful or  uniform way, or that, as a class, foods developed by the new techniques  present any different or greater safety concern than foods developed by  traditional plant breeding.

Since genetically modified ingredients are essentially the same as  conventional ones, the FDA continued, the presence of GMOs in foodstuffs  does not constitute “material information” within its mandate and thus  is not subject to labeling. In practice, the policy means that new GMO  products, based solely on industry assurances, will continue to enter the market rubber-stamped as “safe” by the FDA.

But as I made clear in a post, the FDA came to its conclusions without considering independent research that has  turned up evidence of chronic health affects from  consuming GMOs. And, as Ken Roseboro of the Non-GMO and Organic Report shows (documents here), the agency rolled out its hands-off policy over the objections of several staff scientists.

So the movement to require labeling, if successful, offers two  benefits for the price of one: It would allow people to exercise, in  the words of the former senator from Illinois, their “right to know  what they’re buying.” And it would force the FDA to face, at long  last, the fact that GMOs are different, and need to be regulated as  such.