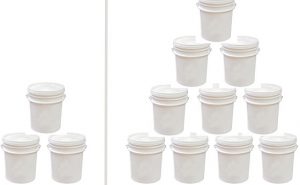 Are you a part time prepper? Do you only put in part time effort to become better prepared for emergency, disaster, or SHTF?

Some of the hard-core SHTF preppers may disagree with me, and that’s okay too… Here’s my opinion…

ANY PREPS ARE BETTER THAN NO PREPS.

Not only that, but if someone is of the mindset to devote any time whatsoever to being better prepared, even just a little… then these people you can work with during or after TSHTF, whereas the clueless will remain clueless – and dependent.

We will all never agree on everything, although I hope that we can agree that being better prepared (no matter the extent) is a good thing.

Lets face it… Most of us live within the system that we’ve been born into. Although it is a lofty goal to exit the system and become self-reliant/sufficient, most people who qualify as ‘preppers’ are still living within the system.

People tend to go off in a direction that suits their personality and interests, and will focus their actions in those areas. It’s just the way it is. A challenge to us all is to explore the areas that we are not so good at – the things we’ve shied away from because we’re not so familiar with them, etc. But that’s another subject…

Don’t let a stereotype get in the way. For example, the main stream ‘media-gov’t’ complex have been doing their best to portray preppers as extremists. They choose to only show us those who have stepped beyond the ‘norm’ and paint them in a light that portrays them as grotesquely beyond what most people would consider ‘normal’. Don’t fall for it! It’s BS.

To have a desire to be better prepared (in any way whatsoever), does not make you an extremist! It’s simply common sense!

So… if you’re a part-time prepper… that’s okay! If you choose to take it to the next level, that’s your business and that’s okay too!