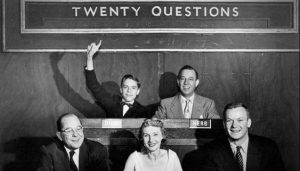 I had this thought as I was walking around the other day and wanted to jot down some answers to common questions I see asked and answered out there regarding the Prepper Movement. I do this in an effort to share my understanding of what we are, what we are doing and have some fun at the same time.

Preppers are normal everyday people just like you. Well, most of you. They go to work every day, pay the bills, have families and concerns and are somewhat in tune with current events but perhaps more so, historical lessons. Preppers are people who have seen tragedies in the past and may even have been part of some disaster themselves and want to take steps to mitigate the bad effects from any crisis going forward. Preppers come from all social statuses, geographic locations, religions, age ranges and ethnic backgrounds. I know this because people from 174 countries have visited the Prepper Journal website alone. Prepping is not solely an American concept and we are not the only ones who are concerned enough to take steps to protect ourselves and our families.

To put it as simply as I know how, Preppers are interested in taking steps to protect themselves and their families from harm.

What kind of harm you ask? Oh, well that is where it gets interesting because there are a lot of very valid and some not so valid concerns in my opinion out there, but each person usually has one or two concerns that drive their prepping interests. It could be that you live in LA and are concerned about Earthquakes, or that you live near the eastern US coast and worry about Hurricanes or Tsunamis. People in the plains states have a real threat of Tornadoes and the list goes on and on from Economic concerns to alien invasion. The point is, that there is a reason people are concerned about what might happen to their family and they are taking steps to prevent that from happening, whatever “that” may be.

Why is everyone talking about prepping now?

Prepping has been around a long time and you might say, everyone was more of a prepper as recently as 100 years ago. Having food to last you and growing your own wasn’t trendy in the not too distant past. It was what everyone did simply to live. Without drug stores, power companies, family health clinics, grocery stores, automobiles, etc. life was completely different and so were people. As our society became more modern, we relied less and less on what used to be required skills and started purchasing more of what we need instead of making it or growing it.

Probably the most recent spike in the interest in Prepping was Y2K because that scenario that was presented to us was extremely dire. Everyone was convinced that on January 1st, 2000 all of the computers would shut down, planes would fall from the sky, power plants would stop and we would all be plunged back into the dark ages because computers wouldn’t recognize the new millennium and would shut down. I didn’t get into the prepping lifestyle or the mass panic back then, but we had a little food and water “just in case” the doomsayers were right.

I still remember vividly hanging out in our living room with some friends and their kids on New Years Eve that year and watching the countdown to midnight. As the ball dropped and nothing happened, I was a little surprised, maybe a little disappointed that all of the doom and gloom was for nothing. I don’t remember hearing about anything that stopped working on January 1st 2000, do you?

The reasons change a little with the times, but I think the core motivations are still the same. Prepping is becoming more mainstream now because I believe that people can see and maybe even feel in their gut that something isn’t right and we could be headed for a crash. If not that, there have been too many instances where normal, natural disasters have wiped out entire communities and our media has shown us all to clearly how being unprepared can hurt.

Do I have to fight with my siblings like they do on Doomsday Castle?

No. In fact, most of the self-confessed preppers I speak to are very level headed, rational adults who really do want to do good. Reality TV shows are pretty much designed for shock and awe. If you aren’t shocked, it’s boring so with each new show and each 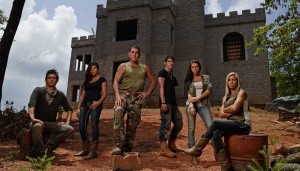 new concept, the producers need to ratchet it up a notch. I am convinced that there is no reality in Reality TV anymore and that each participant is playing to the camera for the biggest effect possible.

Prepping does give most people an opportunity to speak to their family about concepts you are concerned with though. I have spoken to everyone in my family to various levels about the need to have basic supplies on hand, adequate water and a means of security. Some things we can agree on and others, we don’t see eye to eye but it is a conversation topic.

There are a million different ways to talk to someone about Prepping and just because your brother isn’t running out to the Gun Show with you to buy a new AR15 for your survival battery, it doesn’t mean you can’t still talk to them. Let your actions and the news of the day speak for you when you don’t have the words. Simply watching how people had to stand in line for hours after Hurricane Sandy because they didn’t have a supply of fuel stored up can start conversations that only a week before would have seemed crazy to some people.

Is owning camouflage or a 4 wheel drive a requirement?

No, but these are perks! You can’t have too much of either in my opinion but sadly, I am still building my supplies up in this regard. Oh, I have enough to get me through hunting season without any issues, but I do know guys that could wear camo every day of the week and not wear the same outfit twice.

A 4-wheel drive vehicle is a strong consideration for a bug out vehicle though so if your prepping takes you to that level, I would highly recommend one. There are a lot of us though, that aren’t planning on bugging out, or hiding camouflaged in the woods and that’s just fine. Prepping is primarily about safety and there are tons of ways you can take steps to protect your family that don’t involve a hummer or looking like the guys from Duck Dynasty.

Do I have to belong to a specific political party?

No. Preppers come from all backgrounds and ideologies. I know preppers that are liberal democrats and right wing republicans, independents, libertarians and political agnostics. I will say that the majority tends to lean toward the right side of this topic though but that doesn’t mean anything. If you have the will and mind to take care of your family, politics do not matter. 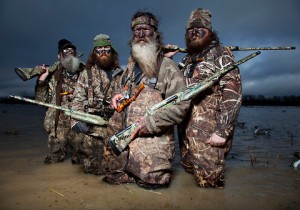 Is there any test I need to pass?

There is no prepping test you can take on paper. Prepping is about dealing with what life throws at you so the test you take will be how you deal with life when it throws you a big curve ball. This may be something as drastic as a natural disaster or it could be as common as the loss of a job. Preppers spend a considerable amount of time and resources planning for things to go bad so the only time you really get to be tested is when they do. Unfortunately, even practicing for disaster and chaos can only prepare you a little. It is going through the fire that you see how well you will do.

What should I do to start?

I would start with analyzing your priorities. We have a series of posts called Prepping 101 on just this topic that walk you through the major fundamentals with links to other information sprinkled throughout. I like to think the Prepper Journal is a good resource for information that can help you be more prepared and we also offer links to a lot of other excellent sources for Prepping on our Prepper resources page.

Knowing that you want to be more prepared is a great first step. Prepping doesn’t need a huge time or cost commitment, but having a plan will help you identify what you need to do to make sure your family is safe. That plan is your starting point and what you need to do will dictate where you go next.

When can I say that I am finally Prepared?

Nobody is ever prepared to the point of being able to sit down and say “I’m done”. Prepping is an act, it’s a lifestyle not a check box. Even if you had an unlimited amount of money and could buy your dream retreat in the mountains of Wyoming, fortified with a nuclear bomb proof bunker and food to last 20 years, you would still not ever be prepared for everything. Would you have an awesome head start on the rest of the world? Absolutely, but prepping isn’t only about buying things.

Prepping is also a process of learning and changing your life to become less dependent on other sources for a lot of what you need today. For me, this is a journey I started over 5 years ago and I hope to be prepping for the rest of my (hopefully) long life. Don’t look at this as a goal you can achieve and be finished.

You need to get as many people as possible prepared now. If you have some level of preparation, share the message. Make sure that you inform others in whatever way you can so that we as a society are all less dependent on others for food, security, power and our wealth. It is a lofty goal, but one that is worth shooting for. If the world is prepared for what life can throw at us, nothing can defeat you.