I remember cruising around some of the blogs I frequent last year I believe and ran into one YouTube channel from a guy who said he refused to get his HAM license for anything. I can’t swear by it, but I think I remember who he was, but that isn’t important. 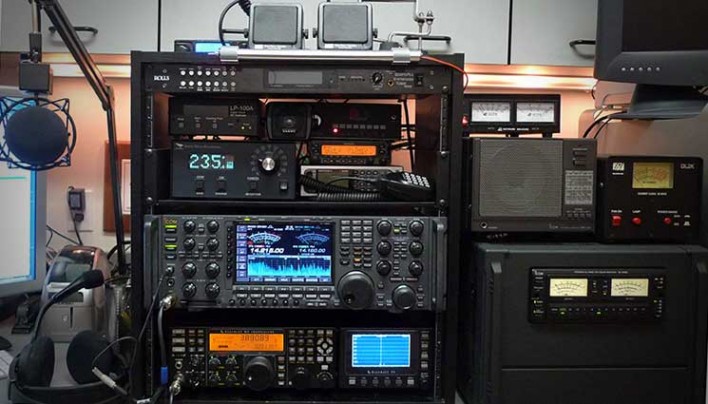 In this video he proceeded to show how you could look up any Ham radio license holders address from several different websites. He did this in response to someone who left very incendiary comments on his blog if memory serves and used this as a lesson in both OPSEC and how it’s bad for the government to have your name on any lists

In another video this same guy went on to explain and demonstrate his own personal Ham Radio setup complete with a really nice antenna that was suspended from trees and hidden from view with additional comments about how he would not get his Ham license because he didn’t need to be on any government lists and if TSHTF, the first place they would go would be the Ham operators and take them offline.

This got me to thinking a while back and I really debated whether or not I should be like this guy and be a conscientious objector to the whole notion of licensing and just be a rebel with my antenna hanging in a tree. After a lot of thought and some research I decided to pull the trigger and get my Ham license and I want to explain why and discuss why you might want to do the same.

Isn’t Ham something yummy and delicious?

As context, let me explain what Ham is to those of you who aren’t familiar with the term. Ham Radio is also known as Amateur Radio and is a network of radio communications that rely on antennas and individual pieces of equipment to communicate using radio waves. Ham Radio has many strengths but chief among them for Preppers is its ability to be counted on in a disaster.

Ham Radio operators can still communicate if there is no electric power, satellites or cellular service. That is the primary reason they are the go-to method of communication for preppers as well as emergency response teams in virtually every large city. With the right equipment, Ham operators can talk to people in other countries using technology that was around in the early 1900s. If some disaster knocks out the cell phone service, emergency communications can be routed through Amateur Radio and you can keep in touch with others in your family, group, region or state pretty easily. 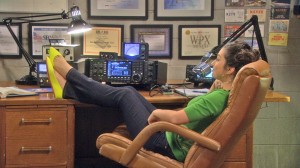 Ham or Amateur radios fall under the control of the FCC and there is a licensing process associated with being able to communicate on the radio. In order to speak on the air legally, you must first obtain your Technician level license and a call sign from the FCC. Your name and information will be listed in at least one public database and this information is freely accessible to anyone who wants to look.

Reasons Why You shouldn’t get a license

Like my friend above, I had some initial concerns regarding licensing because like any good Prepper, I am concerned with OPSEC. Even if I wasn’t into prepping, I wouldn’t want my name and address posted anywhere that someone could easily access it and part of communicating on Ham Radio is that you are required to give your call sign. Anyone you are talking to, or anyone simply listening in can look up your call sign and see where you are from. After learning all of this I started to weigh my options with Ham radio.

Like I mentioned above, Ham radio is probably the single best – disaster proof communication method the average person can use. As I began prepping my own family, the topic of communications came up several times. How would I communicate with my family in an emergency? How would we get news from others if for some reason there was a media blackout? The ubiquitous walkie-talkies that everyone has are affective at limited ranges, but what about longer distances? Ham Radio addressed both of those concerns nicely.

The only problem was that darned license.

At this point I could do one of two things. I could either get my license and put my name and address out there for everyone to see or I could simply buy the radio equipment and use it illegally. The thought process for some people is that if TSHTF, nobody is going to care if you have a license so the latter option is one I considered just like the YouTube guy above.

How hard can it be? 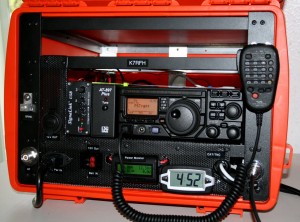 Ham radio works when other traditional communication methods are offline.

It turns out that two things influenced my decision on whether or not to be a law abiding citizen. The first and most obvious was my address out there on the interwebs. To get around that, I simply purchased a PO Box in a nearby town and used that for my FCC information. This is perfectly legal and still protects my address somewhat. Could someone look up my name, and then cross reference me in the phone book? I guess so, but who are we talking about here? If you have a psychopath running around trying to find you, chances are there are much easier ways of getting to your house. If this is in a post-collapse scenario, I have bigger problems.

Now, does that mean I should let my guard down and talk about anything on the radio? Not at all. The airwaves are public and anyone can listen in. For that reason alone, you should take great care in choosing what you talk about or divulge when you are talking on the Ham bands.

The second and more important factor that influenced my decision was the learning curve that is associated with Ham Radio. Getting started is pretty simple and once I had a radio, I was listening in on channels fairly quickly, but there is so much you can do that is outside of dialing through some frequencies. To fully take advantage of Ham Radio, I would need to practice and you can’t do that illegally, well without risk that is. Technically you can get on the radio and start talking without a call sign or you could lie, but just because radio waves are invisible, that doesn’t mean you can’t be found. Hams make a game out of finding antennas and it’s called a fox hunt. If you are talking on the radio and shouldn’t be, someone can report you, they will find you and the fines from the FCC are steep.

On the Radio – Almost

So with all that said, I went and took the exam for my Technician level license and passed. Now, as soon as the Government opens back up, and the backlog clears I will have a call sign and my name will start appearing in those databases. I am looking forward to finally being able to talk on the radio, but more importantly learning about the different frequencies and antennas I can use to communicate to others should our normal method of communications go down. I think of this as a decent trade-off for being able to communicate legally over the radio and besides, it isn’t like my name isn’t in several databases already. I am in the database for prior military service, the firearm database, IRS database etc. etc. If they want to find me they already know where I am and just because I have a radio now, that won’t be much more motivation to come get me I don’t believe. We’ll see.

I will add some Ham links to the site on our Resources page and will post from time to time on this subject as I learn more. I think if you are seriously considering how you could communicate in a grid-down environment, HAM radio deserves a close look.

9 Replies to “Should you get a Ham Radio License or Hide from the Government?”