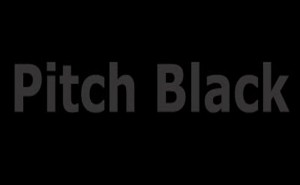 The next ‘Carrington event’ will send the world to pitch black as we are plunged into darkness as the power grids fail – wiping out much of humanity.

Sound like science fiction? Think again. There is apparently a one in eight chance that it could happen within 10 years…

Think about this scenario, and what you would do…

…if you had just boarded an airplane and the pilot came on the intercom and said, “Ladies and gentlemen, I just want you all to know that we have a 1 in 8 chance of crashing during this flight”. Would you feel inclined to get off that airplane before it took off?

The example just given is 100-percent analogous to a real world scenario that could play out in our lifetimes, an event that would surely end the lives of countless humans on this planet. A paper published back in February 2012 in the journal “Space Weather” estimated the chance of having a repeat of 1859 (the Carrington Event) and came up with a 12% chance of it happening in the next 10 years.

According to space physicist Peter Riley and others who have reported on the subject, we should not be sticking our heads in the sand ignoring this very real possibility. A hundred years ago it would have been fairly unlikely for an event like this to cause tremendous wide spread catastrophe. Today however, the modern world relies and depends upon electricity for survival. Nearly everyone depends on a fully functional infrastructure to bring their food, goods, and services.

By the way, long story short… the 1859 Carrington Event was a massive solar storm, which if it were to occur today would in all probability cause most of the electrical power grid to fail – burning out countless thousands of transformers, which would take up to several years to replace in entirety. In the mean time, some say that up to 90% of ‘modern’ civilization could or would die. Ladies and gentlemen, this is not a joke. It is a sobering possibility, and one that should not be taken lightly.

Not only would the grid-down situation be catastrophic to our supply chains and distribution, but to make matters worse, factor in the possibility of hundreds of nuclear power plants running out of backup generator fuel before the plants have time to completely undergo a cold shutdown. Surely, some will successfully shut down, but all of them? Probably not.

According to Mike Hapgood, (space weather scientist at the Rutherford Appleton Laboratory, England), says that massive solar storms have happened before and another one is likely to occur soon. “The world is still not prepared for a truly damaging solar storm”.

In the modern world, we use electricity for so many things. We require electrical power to pump water into people’s houses and to pump the sewage away. [You can imagine] what could happen if the sewage systems aren’t pumping stuff away.

Most of the time you’re using credit cards, debit cards or you’ll be getting money out of an ATM. If you’ve lost the power, the computers in the bank that keep track of our money will have back-up power, but not the ATMs or the machines in the shops. So if you had a big power outage, it wouldn’t be long before we’d be trying to find cash.

Although a solar storm disaster is not imminent, the odds do exist, even though arguably not fully understood. It’s something that I prefer to err on the side of caution with regards to preparedness rather than to go willingly into the night and accept the consequences of possible death if it were to come to pass.

What can we do about it?

We can’t stop it, but we can become more prepared in general. An event like this would be completely catastrophic and survival would require a high degree of the right and successful preparedness, and living in a location which is more favorable for long term survival.

The solution is not a simple one. It will require a great deal of diligence on your part to discover what you need to do. In short, it’s changing your way of life to a lifestyle of self-sufficiency, and in this case it would be a lifestyle without electricity from the power grid. Your main initial issues will be food, water, and security. It would be a life of much hardship to say the least.

You may browse our website for more insight, and there are many other survival preparedness websites and blogs out there at your fingertips. Get started, today…