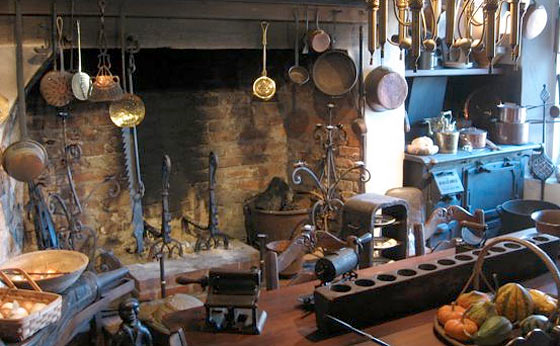 If the $hit hits the fan, there are many, many supplies (and know-how) that you will need to survive. In addition to all that, here is a list of six supplemental ‘staples’ for your kitchen after TSHTF…

Like I said, there are MANY supplies (and foods) that you will need for your kitchen, but these supplemental ingredients should be considered among those near or at the top of the list…

This powder is a combination of an acid, an alkali, and a starch to keep the other ingredients stable and dry.  The powder reacts with liquid by foaming and the resulting bubbles can aerate and raise dough. Almost all baking powder now on the market is double acting, meaning it has one acid that bubbles at room temperature and another acid which only reacts at oven temperatures. Unless a recipe specifies otherwise, this is the type to use.

Don’t expose baking powder to steam, humid air, wet spoons, or any other moisture.  Store in a tightly lidded container for no more than a year.  Even bone dry baking powder eventually loses its potency.  To test its strength, measure 1 tsp powder into 1/3 cup hot water.  The mixture should fizz and bubble furiously.  If it doesn’t, throw the baking powder out.

For those folks concerned with aluminum in the diet, the Rumford brand has none in it and there may be others.

This gritty powder is sodium bicarbonate also called sodium acid bicarbonate, a mild alkali.  It is used in baking to leaven bread and does so in the same manner as baking powder.  When combined with an acid ingredient, the bicarbonate reacts to give off carbon dioxide bubbles which causes the baked good to rise.

If kept well sealed in an air- and moisture-proof container its storage life is indefinite.  If kept in the cardboard box it usually comes in, it will keep for about eighteen months.

Do keep in mind that baking soda is a wonderful odor absorber.  If you don’t want your baked goods tasting of whatever smells it absorbed then keeping it in an airtight container is an excellent idea.

All spices, particularly dried, are especially sensitive to heat, air and light.  Room temperature is fine for keeping them and refrigeration or freezing is even better, but they should be kept away from heat sources.  It is common for the household spice cabinet or shelf to be located over the stove, but this is really a very poor place. Keeping them in tightly sealed glass containers in a dark place is advised.  The cellophane packets some products come in just won’t do for storage. Tightly sealed metal containers will work as well.  Even dense plastic will do, but glass 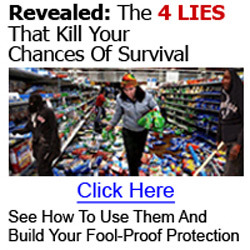 Where possible, buy spices whole.  They will keep their flavor longer than ground. You’ll have to use a grater, grinder or whatever, but the difference in flavor will be worth it.

If you buy spices in bulk containers (which is certainly cheaper) consider transferring some into smaller containers and keeping the larger one tightly sealed in a cool, dark place.  This will prevent unwanted light and air from continually getting in and playing havoc.

Storage life for salt is indefinite.  So long as you do not let it get contaminated with dirt or whatever, it will never go bad. Over time, iodized salt may turn yellow, but this is harmless and may still be used.  Salt is rather hygroscopic and will adsorb moisture from the air if not sealed in an air-tight container. If it does adsorb moisture and cakes up, it can be dried in the oven and then broken up with no harm done.

Salt comes in a number of different varieties, each with its own purpose.

Table salt is the most widely known type. It comes in iodized or non-iodized, and contains a non-caking ingredient to absorb moisture. Iodine has been added to refined table salt for a good many years to counteract the effects of iodine deficient diets. Its absence can cause problems including goiter. The World Health Organization recommends all adults consume 150 micrograms of iodine per day, which is the amount in a third of a teaspoon of iodized salt.

Canning salt is pure salt, and nothing but salt.

Kosher salt is not in itself, kosher, but what makes it of interest for food storage and preservation is that it is generally pure salt suitable for canning, pickling and meat curing. It is of a larger grain size than table or canning salt, and usually rolled to make the grains flaked for easier dissolving.  Frequently it is slightly cheaper than canning salt and usually easier to find in urban/suburban areas.

Sea Salt comes in about as many different varieties as coffee and from about as many different places around the world.  The “gourmet” versions can be rather expensive.  In general, the types sold in grocery stores, natural food markets and gourmet shops have been purified enough to use in food. It’s not suitable for food preservation, though, because the mineral content it contains (other than the sodium chloride) may cause discoloration of the food.

Rock salt or Halite is the salt that is used on roads to melt snow and ice.  It, too, is not food grade and should not be used in food preservation.

The active ingredient in all vinegars is acetic acid, but what the sour stuff is made from can vary widely.  The most common vinegar is the white distilled variety which is actually just diluted distilled acetic acid and not true vinegar at all.  It keeps pretty much indefinitely if tightly sealed in a plastic or glass bottle with a *plastic* cap.  The enamel coated metal caps always seem to get eaten by the acid over time. It is usually about 5-6% acetic acid and for pickling it is the type most often called for.

Dried yeast has only an 8% moisture content and comes packed in foil envelopes.  The smaller single use packets are not generally vacuum packed, but the larger commercial sized “bricks” of about a pound or two each generally are.  They can last for months on the shelf, up till the expiration date which should be clearly stamped on

the package.  If packaged in the same manner as recommended for compressed yeast above and kept in the refrigerator or freezer it can last for several years. The larger packs of yeast should be transferred to an air and moisture tight container after opening.

Yeast can be tested for viability by “proofing” it. This is nothing more than mixing a small amount of the yeast with an equal amount of sugar in warm water (105-115 deg F for dried;  95 deg F for fresh).  Within about five minutes active yeast will become bubbly and begin to expand (at normal room temperature).  Yeast which only slowly becomes active can still be used, but you will have to use more of it.  If it shows no activity at all, it’s dead and should be thrown out.

There is another means of providing yeast for baking besides buying it from the grocery store and that is by using a sourdough starter.