In his article The Strategic Advantages Of Community Building Brandon Smith wrote “community networking is our best available solution in the wake of inevitable economic chaos.” Many of our readers responded in agreement, though there was also discussion of how advertising your survival and preparedness know-how could pose a danger to your family’s health and well being. 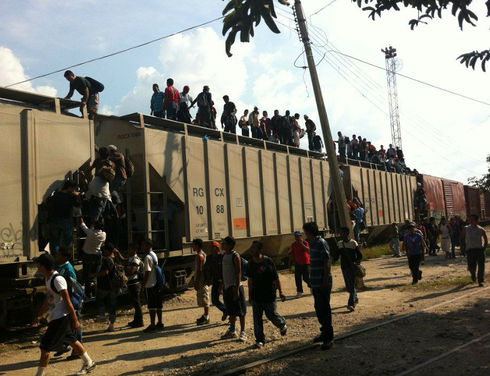 We won’t disagree with the concept of operational security, especially prior to an economic collapse or TEOTWAWKI scenario. But, there is something to be said for getting to know your neighbors, interacting with them, learning their political and religious leanings, and having non-traditional conversations that center, in one way or another, on personal, neighborhood and community defense. When we discuss home or bug-out location defense and the seemingly inevitable attacks that may happen in a post-SHTF world we usually resign ourselves to the idea that we have enough guns, ammo and people in our survival group to stop any incursions on our land. We assume that most of those who would attack, steal and kill us will be stupid gang bangers or idiot criminals.

The reality, however, is starkly different than our perceptions may allow us to contemplate before it hits the fan. The following picture was taken when the leaders of a Mexican drug cartel were recently arrested: 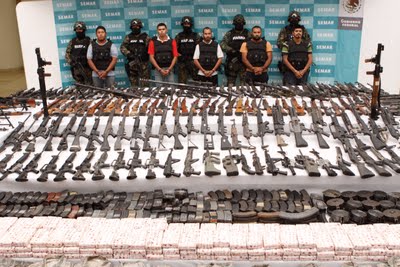 What you see is an incredible extensive cache of weapons and ammunition housed by members of the Los Zetas drug cartel. If reports are to be believed, there are hundreds of these types of caches in Mexico and the United States. Los Zetas and other cartel or gang organizations like MS13 are highly organized criminal enterprises that deal in everything from gambling to kidnapping to drug smuggling. These groups have not hundreds, but tens of thousands of members in the United States alone. Sure, some of them may be idiots and druggies, but make no mistake. These gangs are organized with intelligent, and often times military like leadership. In fact, the top leadership of the Los Zetas drug cartel were all trained at US military bases and eventually recruited by other Mexican cartels.   If we do experience an economic collapse, hyperinflation or any scenario that leads to a breakdown in the rule of law in the United States, we can fully expect these gangs to make their way across the country side looting, pillaging and killing any who stand in their way. Like the rest of society, they will be struggling to obtain valuable resources like food and gas. They will be heavily armed, they will be using military tactics, and they will have absolutely no qualms about killing you and your family – not just to acquire your food and supplies – but for fun. Realistically speaking, we can assume that they will move in large roving bands, perhaps anywhere from 20 to 200 people. Unless you are hundreds of miles outside of a major population center or completely out of view from the rest of the world, the chances of meeting such a band of organized looters and surviving will not be in your favor. It is for this reason that, whether you do it now or after the SHTF, building a strong community, defense plan, guard rotation and engaging in muster exercises will be absolutely critical to your survival. If we’re talking about worst case, understand that worst case means contemplating extreme scenarios that will require you and those around you to take lethal, sometimes brutal, measures to defend self and home.