It is crucial to understand when SHTF starts. I think it is one of the most important things, to recognize that, in some cases it is more important to recognize that event and correct moment than to be prepared for that, no matter how strange this sounds.  I believe this is the truth because knowing when things turn bad can give you chance of escape. 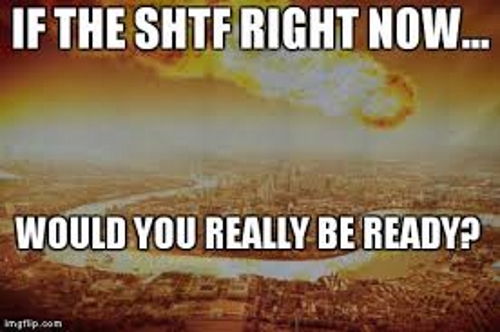 But even if it is too late for escape, if you know this is a survival situation you think different. Make different decisions, think twice when dealing with strangers in need or accepting help from stranger who “want your best” or at least say so. How do I prepare to know when survival mode has to kick in? Here are 5 symptoms that show that you might have a terrible disease in your area that can kill and that disease is called SHTF, society collapse or fight to survive. It comes with many names but if you know the first symptoms you can fight it better, earlier and smarter or avoid it.

More violence in your area Best information is a key for survival. Personally I do not care much about press and media anymore. If you heard how situation went from bad to worse in my interviews in course area you know why.  Then there are global news of big events. They are good to keep an eye on and I read them but what really matters for me are local news. I get very few of important news from local newspapers but more from Police officers I chat with. I also work in medical field so when things in my city get worse I know about it. More murder, riots, fights or other events where people get hurt. You might not work in field like that but know someone, then talk to them. I did quick research and for the US for example there are law enforcement forums you could try to connect with some  officers in your area. If you find someone in your area, chat with them. Tell them you want to know their opinion. People who work in these fields have much better idea of how local situation is than what any media can tell you. Media has to play nice with politicians, politicians need good news. But people who help victims or fight crime and give you their opinion will be able to tell you what’s really going on. Is violence up in your area? Is the media just hyping one incident or are there many more “normal” violent events like fights or stabbings nobody writes about. Forget disaster media who write about new breakdown every day. Unless it is really something local it will take time before it affects you. Maybe you have local survival blogger or officer in your area who keeps people informed then you are lucky. Read those websites if you have them. So besides real local street news what can help you to spot signs of SHTF?

Group behavior changes, survival brings people closer and makes others less human First you need to try to understand that SHTF event brings whole new set of things, and laws, together with complete absence of old laws. Most important thing is, it is scary and when something is scary or people just sense things are going bad they band together.

They try to stick with people most similar to them. That’s in prisons and that’s everywhere once signs show something bad might happen. Part of violence or why violence is easy is because the predator the one being violent considers his victim as someone very different. Almost like a thing. He is some else, almost not human. In these cases it is much easier to do bad things. This happened during war, happens now in prisons and has happened through all of history. So once people band together and groups form and there is maybe your group or neighbors group and then there is this very different “other group”, then chance of things getting more ugly is bigger. 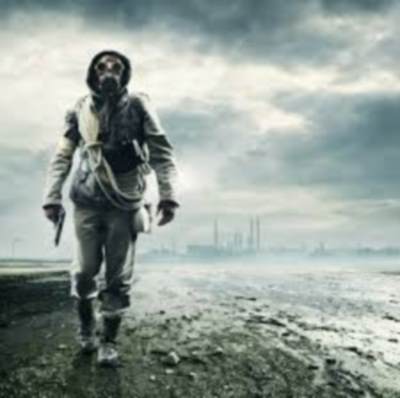 Dead streets Along with groups forming people try to stay with people they trust. Less people go out and if then also in group. People show up less often to meetings and social activities.  Casual activities like going to park change to visiting neighbors. When fear has spread so far that streets become less populated at certain times of day then it is time to get ready for disaster. It means some people already live in survival mode but they do not know it. They probably will not have realized they have too little food storage and other things. Fear just makes them less social.

New leaders emerge Some people will use widespread fear to their advantage. Fear is powerful to control masses. Some election campaigns of politicians use fear to influence voters and get them on their side. This works with many people who do not know about it. On local level this means that loud person in your favorite bar gathers more people around him. Some people organize groups for different also harmless things to make situation better. In times of fear
people look for leader to hold on to. When things get tough those leaders will turn to be gang leaders. Even some who did good things and became leader of good group to for example improve local situation turned into hard gang leaders who did everything to survive. I’m sure some of them never expected that but when things get tough everything changes.

Nobody to trust anymore I explain this with story of what happened to a friend. Like great majority of people my friend watched in first days the situation deteriorating. I talked with him few days ago and I asked him can he remember right moment, or right event that he can call like something like point of no going back, or point when he clearly saw that everything is going to sh.. and something completely new is coming. He lived in apartment building on seventh floor with his family, and he said that he like great majority of people watched in first week or two how things going down, stories of sporadic killing in city fueled by rage and hate, fear slowly started to creep into people’s mind, fear from unknown, still people believed things somehow gonna revert back to normal, nobody wanted to think too much about worst things, it was somehow unimaginable. On one late afternoon or evening he heard shots, brakes and sounds of car crash. He goes to window and seen that truck went off the road to the dirt beside road, driver fell out from the truck, and screamed that sniper shot him. Vehicles were going on the road close to the guy but nobody wanted to stop and help him. After 10 minutes, 10 or 12 policeman came with rifles, and take position close to the truck and wounded guy, I guess trying to figure where sniper was. Firefighters also came, but they stay 100 or 150 meters from truck. Also taking cover from possible sniper. It was in first days when very few people knew who is fighting with who and why and who is enemy, nobody mentioned the word war too much, people still thought that things were some local unrests that gonna cease soon. On the intersection, right across that burning truck and screaming driver, there was small store,  „newspapers store“ they sell cigarettes, newspapers, lighters, candy and stuff like that. When that truck crashed salesman ran away in fear from everything I guess. Anyway police guys were hiding and lying down everywhere while that guy screamed, after some time one of them came to the store, used his baton and smashed glass and took couple boxes of cigarettes, after him few other also did that, he said one even took big box of bubble gums. Police guys did not know what do with that sniper, after some time my friend says darkness came and someone started to shoot at them too, so they ran away carrying one Police man who was wounded. Firefighters ran away earlier, everybody forgot the screaming guy. My friend said he did not even realize when the truck driver who has been shot stopped with screams. He said the image of police officers in full gear with weapon stealing things from that store was so new for him and so crushing that he clearly took that event and that moment as point of real beginning, moment when SHTF and his world broke down. From that moment on he knew it was about survival now and rules had changed. When you believe for years that guys in uniforms are there only to serve and protect you, awakening to something like that can be rude. So symptom 5 is when behavior of authorities change. Clear signs now things are bad. Those might be smaller changes first and not so extreme like in my friends case, but at the end of day policeman are also fathers and sons and have family to take care of. That night he and his family left that apartment, and moved to some safer parts of town, at that time they figured that S. had hit the fan. Not so much because of screaming guy, who died soon, but much more because image of police officers stealing things. Also, few hours after police officers were gone, he sneaked out to the store and took some stuff, not too many things were left, but few boxes of cigarettes worth fortune in coming months. Those are 5 important early warning signs or symptoms of SHTF. There are many more fine details to pay attention to of course. I speak in detail about all events that happened before we realized we were in a SHTF scenario in my course.

What are your early warning signs you watch out for?

4 Replies to “The 5 First Symptoms of SHTF”