There are many ways to determine the direction of north-south-east-west. A compass anyone? If you ever find yourself in a jam during the day without a compass (shame on you), one way to find your direction is by simply using a stick, two small stones, and the sun.

This actually works, and I challenge you to try it yourself.

To determine the east-west line, here’s how you do it…

1. Place a stick upright into the ground.

2. Use a small stone or object to mark the initial spot on the ground at the tip of the shadow that is cast by the stick. 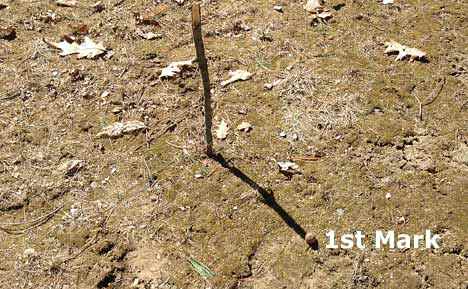 3. Wait about 15 minutes for the sun to move in the sky — actually the earth revolves creating the illusion that the sun is moving, but you know what I mean…

4. The shadow will have moved a bit (the longer time that has elapsed, the more it will have moved). Add a second mark at the tip of the shadow’s new position cast by the stick. 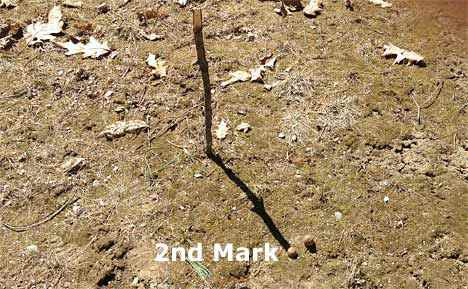 5. Place a stick, or visualize a straight line between the two marked spots. This line is your approximate east-west line. Since the sun’s shadows move from west to east during the day, the first spot where you marked the shadow will be the west end. 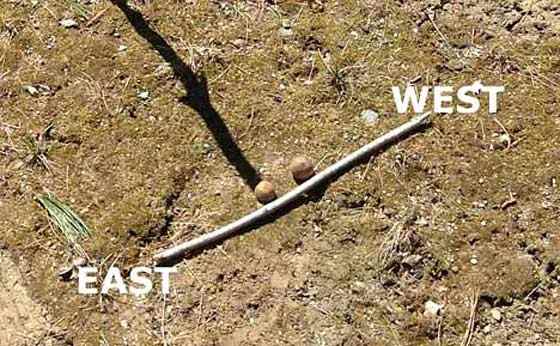 Note: The reason to wait at least 15 minutes between the 1st and 2nd mark is to establish an accurate 2nd position of the shadow. Too soon and you may not be so accurate. 15 minutes is long enough to establish a fairly accurate direction.

If you try this, you will notice that even if you wait as long as an hour or more between marks, the east-west line will remain the same direction. Only the shadow length changes based on the angle of the sun in the sky. 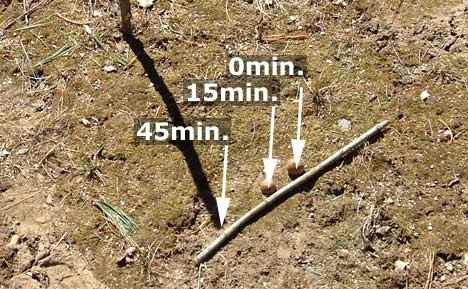 If it sounds like it can’t possibly work, then try it yourself in your yard!