Electricity from waste? This may sound impossible to get but is not. Even if the title sounds impossible, wastes are used to generate, electricity, heat and organic fertiliser from wastes. This technology has been used  for many years with success in Europe and underdeveloped countries around the world.

Nepal is looking at waste-to-energy technologies to address its huge energy deficit and also manage growing urban and industrial waste.

Half of Nepal’s households are off the national grid while supply shortfalls and interrupted power cause industries losses worth 60 billion Nepali rupees (US$ 700 million) annually.

AEPC assistant director Samir Thapa explained that the initiative adds an urban dimension to the earlier focus on rural renewable energy projects that have resulted in over 250,000 small biogas plants coming up across rural Nepal.

“This is not just exciting; it is the way to go in a country withoutfossil fuels,” Anil Chitrakar, social entrepreneur and co-founder of the Himalayan Climate Initiative, told SciDev.Net. 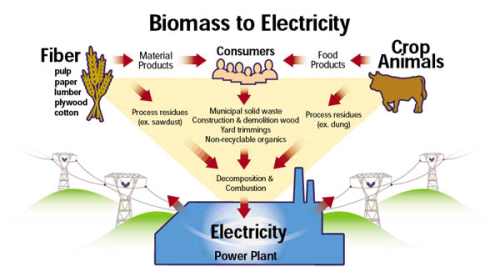 One project estimated a generation potential of five megawatts of electricity from the 300 tonnes of MSW produced every day in Kathmandu alone. Almost 1,630 tonnes of MSW are generated across Nepal daily.

The first prize went to a proposal to generate 1.25 megawatt-hours of electricity and 1,000 tonnes of fertiliser from waste produced by 200,000 birds in three poultry farms, using technology proven in Bangladesh.

“We are trying to bring in new technologies from neighbouring countries that will be suited to our localised context,” added Thapa, who hopes to have projects running within three years.

India already has an installed WtE capacity of 211 megawatts from 22 projects, earning carbon credits through the Clean Development Mechanism (CDM) under the Kyoto Protocol. China has 100 CDM projects.

Let’s look at this video made in 2009 to understand how this work.

This is actually a project from 2006. Now, the end of 2013 a new device using the same  technology is available in a much smaller scale and the the good news this is scale-able, and can be used in the city as well. I know people are hard to convince to embrace something new, but this is no scam or fake. It is a proven way to heat and power your house using WASTES. To learn more about this device, visit the official  Liberty Generator site.

Written by: all self sustained on February 19, 2014.
Last revised by: Bio Prepper