As far back as 1978 research on cinnamon proved that it had many health giving properties, including those of a natural antibiotic. Why then do we hear nothing about this?

At a time when microbiologists across the globe are warning that we face a bleak future as more and more antibiotics fail to cure infection, you would have thought that the properties of this naturally occurring spice would be mentioned a little more often. 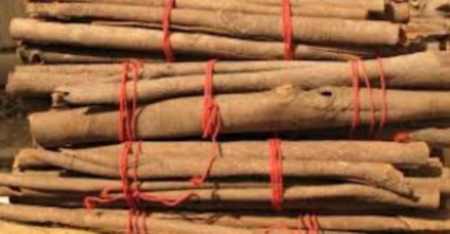 An article published by the Applied and Environmental Microbiology department of the US National Library of Medicine said in 1978:

A highbrow way of saying that a substance in cinnamon kills a wide variety of micro-organisms.

Lead researcher Erdogan Ceylan, M.S., reported that in apple juice samples inoculated with about one million E. coli O157:H7 bacteria, about one teaspoon (0.3 percent) of cinnamon killed 99.5 percent of the bacteria in three days at room temperature (25 C). When the same amount of cinnamon was combined with either 0.1 percent sodium benzoate or potassium sorbate, preservatives approved by the Food and Drug Administration, the E. coli were knocked out to an undetectable level. The number of bacteria added to the test samples was 100 times the number typically found in contaminated food.

Escherichia Coli 0157 is a major problem causing outbreaks of food poisoning that is very hard to treat with conventional antibiotics yet recent outbreaks have seen dozens dying with no mention of cinnamon being effective against it. The research article is  actually entitled “Cinnamon is lethal to E.Coli 0157 H7″

In 2004 research suggested that cinnamon could be used in the treatment of diabetes as it has the ability to lower blood glucose levels.

Again in 2004 cinnamon oil was shown to kill mosquitoes.

In 2009 cinnamon was shown to be effective against MRSA

In 2011 cinnamon and garlic were sited as effective antibiotics in chickens.

Natural health practitioners have been saying for years that cinnamon has a wide variety of benefits yet still the average the household uses it for nothing more than sprinkling on apples.

Anecdotal evidence going back generations suggest that gargling with a cinnamon mouthwash can alleviate the pain of mouth ulcers and clear throat infections.

Millions of people drink cinnamon and honey tea regularly as part of their general health routine.

Can all these people and all these studies be wrong?

In an increasingly crowded world, where an increasing number of antibiotics are failing you would think the governments would be falling over themselves to develop cinnamon as a safe, natural alternative that can treat a wide variety of infections. It’s not difficult to grow in the right conditions, and as only the bark is used the tree can be ‘harvested’ many times during its life. It would certainly be a simple matter for almost any government to grow and harvest cinnamon should they choose to.

Maybe that’s the problem. We do live on an increasingly crowded planet, one that many in power have made it obvious they would like to reduce the population of. Infection, should it continue evolving and mutating, building resistance to the drugs we have could well be the de-population mechanism that so many of the elite seem to want.