Teaching kids about survival is a tough thing to do, mostly because it’s often difficult for them to imagine that life as they’ve always known it can change in a blink.

Regardless, it’s imperative that they know what to do because they will most certainly need to play an active role in your survival plan.

Whether it’s defense, or simply taking care of their siblings and carrying their own bags, kids need to know what to do if SHTF. 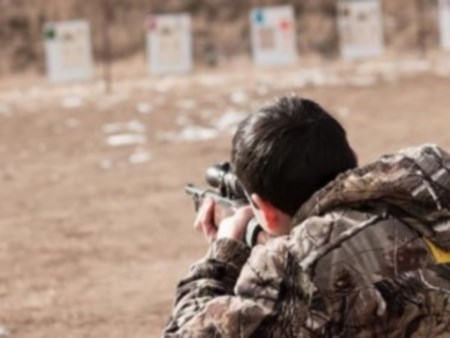 Before we get into what your kids should know at a bare minimum, it’s important that you have a serious talk with them about why you’re preparing for an emergency. If they’re old enough, point out current events that lead you to believe that your concerns are valid. Discuss other events, such as wars or natural disasters, where average people were forced quickly into survival situations. They need to understand WHY, not just HOW to prep.

From the time your kids are 3 or so, they can begin to learn their basic information. This includes their full name, address, town, and phone number. They should also know your full name.

As they get older, teach them how to contact other family members or emergency contacts. Young kids also need to be taught basic “stranger danger” skills because if SHTF, they’ll certainly need that knowledge.

Include them in your plans and in your practice sessions. Give them specific duties as they get older. This will be valuable in two ways: first, you’re going to need all the help that you can get. Second, knowing what to do will help kids control their fears and will give them a sense of purpose.

If your kids are young, draw maps of the house and yard and practice fire/emergency drills. Use different exits depending upon where they are in the house. Assign a safe place to meet up and make sure that they get there. Include that in your drills and try not to change the location!

If your kids are older, teach them how to get to designated meet-up spots from school and from various places such as the mall, ball practice, and other places where they may be if SHTF.  Maps are great for this practice. Create a phone list that they carry in their backpack and impress upon them that their phones probably won’t work in many emergency situations.

How to Build a Fire without Matches or a Lighter

This is one of the basic skills that Boy Scouts and Girl Scouts learn at an early age. In case SHTF, knowing how to start a fire is a skill that they can use in any number of situations.

Get them their own fire kit for their bags when they’re old enough.

First aid is a skill that kids can begin to learn at a very early age. Begin when they’re young with simple skills such as applying a bandage or cleaning a boo-boo. As they get older and more capable, teach them more advanced skills including how to treat burns, cuts and fevers. Most fire stations or emergency squads teach first aid and CPR courses to community members. Enroll your kids when they’re old enough to do so. These are valuable life skills for anyone to have.

Even if you decide not to teach your kids to use weapons, it’s still a good idea to teach them how to defend themselves.

If you opt to teach them to use weapons, be sure to train them thoroughly both in safety and in use.

Even if they know how to use weapons, self-defense classes are still a good idea. It’s a great form of mental and physical exercise even if they never need to use it for its intended purpose.

These are just a few things that kids should know if SHTF.

This list is in no way inclusive but it’s a place to start. Other valuable information that kids should have include:

What you should teach them depends upon what you’re preparing for. The most important thing is that you include your kids in your plan and encourage them to take an active role in drills and practices. Give them all of the information that you have as they get older so that should anything happen to you, they have the tools that they need to survive.

In the end, that’s really all that you can do!

Find out more about defending your home and family when disaster happens on Bulletproof Home.

Theresa Crouse is a full-time copywriter currently living in central Florida. She was born and raised in the hills of West Virginia, where she learned to farm, hunt, fish, and live off the land from an early age. She has an intense passion for all things SHTF-related because she believes that it’s better to be prepared and have nothing happen, than to be unprepared when something does! She prefers to live off the grid as much as possible and does her best to follow the “leave nothing behind but footprints” philosophy.  In keeping with her upbringing and her beliefs, Theresa has a large stockpile, cans her own food from her family garden, raises her own livestock and has several different survival plans in place, both independently and in conjunction with her neighbors. For fun, she enjoys shooting, kayaking, tinkering on her car and motorcycle, and just about anything else that involves water, going fast, or the outdoors.

One Reply to “5 Things Kids Should Know if SHTF”