This article was written by Alasdair Macleod and originally published at GoldMoney.com

Many decades of Keynesian-inspired economic and monetary corruption have left advanced economies with a legacy of debt and low savings. In a nutshell, that is the problem which is driving us into another financial crisis. That moment could be drawing upon us, signalled by the recent collapse in bond yields. 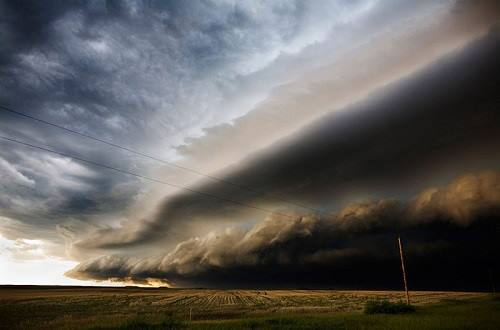 This nearly happened in 2008. It was bought off by an open-ended central bank guarantee of infinite quantities of cash and credit, initially by the Fed, rapidly followed by all the other major central banks. Six years later, monetary medicine is still being applied globally in unprecedented quantities. And in some countries bank credit has finally begun expanding more rapidly than before.

The counterpart to bank credit is debt, which is fuelling economic growth wherever it can be found. Even exports are on tick, with the ultimate buyers around the world also heavily dependent on credit. Indeed, the more one looks at the current business cycle, the more its current state resembles 2007-8 and 2000-01 before that.

Credit cycles unbacked by substance start like this: print some money to inflate asset prices. Collateral values then increase, stimulating bank lending. Borrowers buy property and stocks, increasing prices and spreading the feel-good factor. Now that personal balance sheets are “repaired”, they buy new cars, new holidays and second homes, all on tick. Welcome to this point in time: the accumulation of debt has stopped us from increasing demand any further. The progression of events from here varies but the end result is easily predicted: it runs out of steam and turns into a financial crisis.

So how do we get away from this depressing and predictable cycle of events? The answer is simple: stop relying on the expansion of money and credit. We have forgotten that before Keynes told us to borrow to spend, debt was only taken on by entrepreneurs and businesses for very specific purposes as a last and not a first resort, and certainly not for everyday consumption.

This was the reasoning behind Says Law, which states very simply that people produce things so that they can buy other things. Keynes replaced this logic with a different story: there’s no need to make things in order to spend, so long as the state ensures you have the money available.

Understanding Keynes’s mistake is the key to changing course away from repetitive cycles of economic destruction. Instead of printing money and encouraging borrowing, people should instead be encouraged to save. The truth of Say’s Law can then operate, with people only spending what they can truly afford. Instead cash-strapped governments are likely to increase taxes on savings when they should be dropping them altogether.

After six years of monetary and tax policies that could have not been better designed to destroy savings and the savings ethic, you’d think governments might have learned some sort of lesson. They are having none of it. Instead Japan is hell-bent on monetary kamikaze, and the ECB is now warming us up for negative interest rates and/or QE.

The problem is far from being understood: if anything the destruction, even confiscation of savings, and the creation of yet more money are set to accelerate in a futile attempt to buy off the inevitable. And bond yields are telling us to batten down the hatches for the next crisis: it could be worse than 2008.