Well just for a change we have had some decent weather here in the UK so I have been able to move the garden on quite a bit. I am fortunate, I have a fair sized space for a veggie garden, by UK standards at least. My ‘patch’ is 35 feet by 60ft and my aim, ultimately is to produce the vast majority, if not all of our vegetables. There are a few things that I have had to overcome before I could even begin to plant. 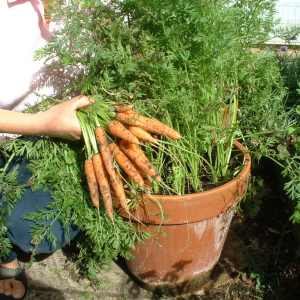 So, over the last year I have developed what I hope is a strategy for dealing with these issues.

Heavy duty plastic sacks, we call them rubble bags because they are sturdy enough to hold rubble…they make great strawberry towers. Filled with soil/compost and tied at the top it’s very easy to make holes in the sides and plant the strawberries. This property has so much that needs doing to it I cannot justify buying a custom-built planter.

Rolled down these are also excellent for growing potatoes in. Just roll up the sides as you ‘earth-up’ the spuds.

Hanging baskets found in the old buildings now have a couple of given to us flowering plants in them and a good amount of cherry tomato plants. They are indoors right now but will be fixed to a fencepost as it frees up bed space. The tomatoes trail as they are not staked…works for me.

As the vegetable garden needs more work I decided to sow into pots and keep them in the  not yet finished conservatory to give them a good start before planting them out, it also lets me make sure the last of the frosts have passed.

My vegetable garden may not be conventional looking, but as it develops it is taking on a bit of character. The raised beds, lined with the build bags allows water to drain freely. I spiked the ground underneath to assist with drainage should we face another Biblical proportion deluge.

With regard to planting out I am going for the intensive square foot method which has high yields for low space. I will also be planting more every two weeks so I have successive cropping. This intensive sowing would also work for containers meaning even the smallest space can be used to produce some fresh food.

It’s taken two weeks short of a year to knock down the dilapidated buildings, remove the rubble and clear brambles that literally had trunks rather than stems, but I’m getting there. There have been tears and screaming fits, pulled muscles and thorn punctures in abundance but I know it will be worth it.

To many it’s just a few feet of land, but to me its an achievement and whatever comes out of it has been grown clean…no chemicals, just blood, sweat and horse muck!

I would advise anyone who wants to grow but think there’s too many problems to think again. Think laterally…and vertically, think outside the box and you will be surprised just what you can grow in a confined space.