When it comes to alternative languages, Morse Code is probably the best known particularly for survival. Even people who know nothing about preparedness or Morse Code still know the old “S.O.S.” emergency signal, after all. However, few people really know this valuable language well enough to communicate beyond that simple phrase which means that it is important that you learn it and be ready to use it during any major emergency. 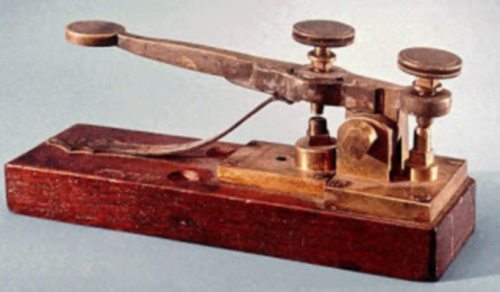 After all, when rescue teams are searching around to assist people or if you need to communicate somewhat confidentially, what better to use for communication than Morse Code?

Although you can read the chart below to learn the alphabet in Morse Code, it won’t do you much good without knowing how to properly transmit or how each letter actually sounds. Learnmorsecode.com has an excellent series of audible guides that will help you hear the letters, which is generally more useful and faster than trying to transfer what you see in the alphabet into sound later.

As for knowing how to transmit properly, follow these rules to assist others who are hearing you:

I actually hesitate to post a Morse Code visual alphabet here since it could potentially slow learning, but then it can be advantageous to print it out for those who simply don’t know Morse Code and need to quickly transcribe a simple message. The chart below details the basic alphabet and the way of separating letters, words, and sentences from one another.

Although common Morse Code is at least a known language with a population that uses it, adapting a “secret code” from that language is quite easy and more difficult to riddle out. Abbreviations and certain phrases can all mean different things, giving you a convenient and simple way to talk without giving information out to any curious or sinister listeners. Just remember not to use abbreviations or codes already commonly used in your personal language, since you could confuse others you’re communicating with who are not part of your group.

Would you want to learn Morse Code? Do you have any tips for users? Let us know in the comments below!

One Reply to “Survival Communications: The Utility of Morse Code”