The Department of Defense informed Congress that it has deployed biological diagnostic systems to National Guard support teams in all 50 states, according to a report published by the Committee on Armed Services. The report, published in April amid growing fears that the Ebola hemorrhagic fever virus might spread outside of West Africa, says that the portable systems are designed for “low probability, high consequence” scenarios. 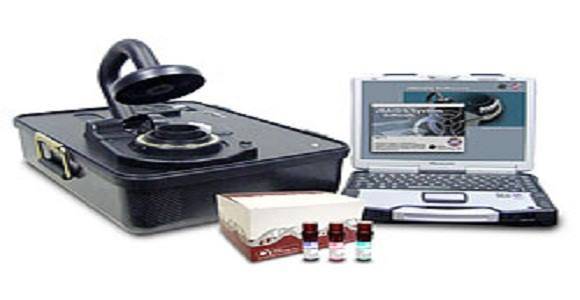 The Chemical and Biological Defense Program has sharpened the DoD diagnostics portfolio by increasing the capability of our fielded system, some 340 of which have been provided to the Military Services.

The Joint Biological Agent Identification and Diagnostic System is a portable system capable of rapid, reliable, and simultaneous identification of specific biological agents and pathogens. By partnering with the U.S. Army Medical Research and Materiel Command and the Food and Drug Administration, we have made accessible additional diagnostic assays for high consequence, low probability biological threat agents for use during declared public health emergencies.

This collaboration has facilitated the availability of viral hemorrhagic fever diagnostic assays for use during a declared emergency and adds previously unavailable preparedness capabilities to this fielded system.

To address the need for a near term capability to combat emerging threat materials, we have already provided Domestic Response Capability kits to the National Guard weapons of mass destruction civil support teams resident in all 50 states.

According to manufacturer BioFire Diagnostics, the JBAID is capable of detecting a variety of infectious disease targets including Anthrax, Plague, Ricin, and various forms of influenza. The detection kits sent to National Guard units also include hemorrhagic fever detection capabilities, giving the military the ability to identify potential infections in as little as thirty minutes:

The ruggedized JBAIDS is an open platform that analyzes 32 samples in 30 minutes and is deployed in field hospitals, mobile analytical labs, shipboard medical labs, food and water safety test centers, research labs, and other mobile scenarios.

The Ebola threat recently popped up on the global radar when an infected individual traveled via airplane from Liberia to Nigeria’s capital of Lagos, alarming bio-specialists who say it could just be a plane ride away from U.S. shores.

As noted by Steve Quayle, Department of Defense planners had already taken steps to deliver the biodetectors to the National Guard before April of this year, suggesting that, while no infection of Ebola in North America has been confirmed, the military is already taking precautions.

The military has response plans in place for national emergency events that could include anything from a pandemic outbreak to economic collapse, both of which could lead to civil unrest.

It is unclear how real or imminent the threat may be, but it is clear that a massive surge of Governmental spending and preparedness has occurred since Hemorrhagic H7N9 Bird Flu came on the scene in 2013 and those preparedness activities are accelerating as EBOLA has started to gain momentum in Africa.

In that regard, spotting the field use of the biomedical equipment shown below is an extremely strong indicator that a Biodefense operation is underway. Pay special attention to the JBAIDS device shown below, its presence at any medical or field facility is prima facie evidence of a high risk medical event of disastrous proportion.