What is a HEMP attack? No, it’s not a bunch of hippies smoking pot on your front lawn. HEMP stands for High-Altitude nuclear Electromagnetic Pulse and is an extreme form of EMP. Any strong enough EMP can damage sensitive electronics that we rely on so heavily today. 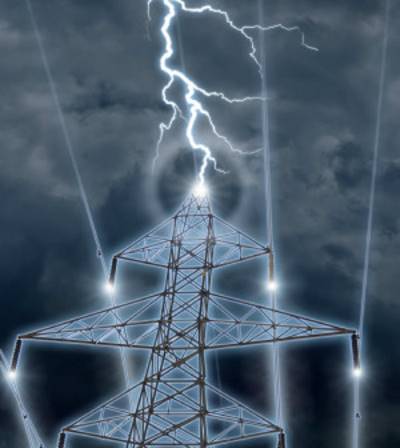 The most common EMP comes from lightning strikes and normal power surges as equipment is turned on and off. Other natural causes, such as solar flares, can also create an EMP. In 1989 the entire electrical grid of Quebec was shut down in about 90 seconds due to a solar flare that hit on the opposite side of the earth.

Modern electronics with microchips are most susceptible, followed by older transistorized circuits. That’s why we have surge suppressors for computers and other sensitive equipment. But most will not protect against a nuclear EMP attack.

EMP damages electronics by overvoltage. The EMP induces an extreme voltage into the conductors of small integrated circuits, causing them to arc and break down. In other words, they get fried.

What many people see as advances in technology also makes us more vulnerable to a HEMP attack. Smaller and more sophisticated electronics are more easily damaged by EMP. And as our society integrates more electronics into everything from the power grid to banking to coffee makers, more of the infrastructure is at risk.

The threat of a HEMP from a nuke is more sinister and dangerous than lightning. When a nuclear weapon is detonated, it produces a very high EMP that spreads like a “wall of energy” and will wipe out anything with solid state electronics over hundreds of miles. Commercial surge suppressors and most military-grade units are not fast enough to stop it. Power lines act as huge antennae to carry the pulse even further, knocking out power grids and electronics that are plugged into the wall socket.

This excerpt from the film TRINITY AND BEYOND, THE ATOMIC BOMB MOVIE shows a few high altitude tests conducted by the United States military shortly before the Limited Test Ban Treaty was signed. It is complete with foreboding, dramatic music and even includes a (simulated?) AM radio cutting out during a detonation.

So how do you protect against an EMP attack? There are two ways to do it:

Shielding is the first and easiest line of defense. Sometimes called a Faraday cage, after its inventor, Michael Faraday, an electrically conductive enclosed shield will equalize the electrical charge on the outside, cancelling it on the inside of the shield and protecting the contents.

A true Faraday cage is made of conductive metals, like copper or aluminum or a properly engineered steel enclosure. The inside of a microwave oven is an example of a Faraday cage. But an adequate electromagnetic shield can be made from galvanized steel or aluminum foil. Bare or painted steel doesn’t work, because rust and paint are insulators.

Most safes and file cabinets will not work to shield against EMP. The entire container must be conductive with no breaks in the electrical path. Gaps will “leak” EMP to the inside, making most containers ineffective. Conductive screen or mesh with fine holes will work, though (like the screen on a microwave oven door).

The easiest way to shield small electronics, like a radio or laptop computer, is to place them in a heavy duty zip lock freezer bag, then wrap the whole thing tightly in heavy duty aluminum foil. Be sure to seal any gaps in the foil by folding the seams tightly and be careful to avoid puncturing it to prevent EMP leakage. Thicker foil is more tear resistant, but makes no difference in blocking EMP.

If you do this right, it will work with one layer of each. But for some added insurance add more layers. Add another freezer bag and another layer of foil. Each layer will help to greatly reduce any leakage of EMP if you don’t get it perfectly sealed. Just make sure you alternate layers. If the two layers of foil come in contact, the EMP induced voltage will simply pass from the outer layer to the inner, making the outer layer ineffective.

Testing Your Shield for Leakage

The easiest way to test that you are shielding your device properly is to shield a radio tuned to a strong radio signal. Here are step by step instructions:

You’ll also need a strong radio signal supplied by a radio station (don’t try to do it with other radio sources like your cell phone – it will not work properly with week signals – you want tens of kilowatts or more).

After doing the test with an FM station, take everything apart and repeat with a strong AM station. You should get the same result (no signal). It may be harder to shield AM than FM, so don’t get discouraged if you have to add more layers.

Make sure you test both AM and FM (the order doesn’t matter). EMP from a nuke is broadband throughout the RF spectrum, so tuning it to both bands is a better test of real conditions.

After doing your test, unwrap everything and remove the batteries from the radio before sealing it back up. You don’t want find out in an emergency that the batteries leaked and now the radio won’t work.

So what do you do if you need access to your radio on a regular basis? Obviously you don’t want it wrapped in foil if you use it every day. One option is to simply buy more than one radio. But there is also another option.

The solution might be with old technology: vacuum tubes. If you are old enough to remember the RCA repairman, then you probably recognize vacuum tubes or electron tubes. The British call them valves.

Vacuum tubes can withstand EMP thousands of times higher than modern solid-state electronics. A well-built tube radio can be a hardened communication system that will get you through almost any emergency including a HEMP. And if it ever breaks down, it can usually be fixed with just a little basic tube electronics knowledge.

Ham radio operators are known to be the first ones to establish communication during a disaster. And many of them are returning to the use of vacuum tube radios. Tube transmitters are normally run off AC wall current today, but there are easy options to set them up for battery power. Even a set of D-cell and 9V batteries can provide makeshift power for a small radio .

If you decide to use a solid state power supply with a deep cycle marine battery, just remember to shield the power supply with freezer bags and foil like we showed you above. During normal use you can use the grid to power the radio.

Today tubes are still manufactured in Eastern Europe and China. In fact, there has been a mini-boom of sorts in tube manufacturing for guitar amplifiers and high end audio amps. And fortunately there are large numbers of NOS (New Old Stock) tubes of many kinds still available through online stores and eBay. As long as the seal isn’t broken between the glass and the pins most tubes will last indefinitely.

Vacuum tubes are far more robust against EMP than any solid state device, but there are still a few precautions that need to be taken to protect a tube radio from EMP:

The best way to learn about vacuum tube transmitters and radios is through a local ham radio club. And you no longer have to learn Morse code to get an amateur radio operator license if you choose to go that far.

All geekiness aside, there is probably no better resource for communication in any emergency than ham operators. And many of them will be glad to share their expertise to help you set up an emergency transmitter. They are also a good source of electronics education that could be valuable after a major “event.”

Larry is the Founder & Owner of Sozo Investments, a wealth coaching & protection company in Michigan. Larry is a husband, father, follower of Jesus and rifle enthusiast (“clinging to guns and religion,” but not bitterly) that loves to show people how to protect their financial future. He’s been doing some form of prepping since the early 90’s. During the crash of 2008 he decided “enough is enough,” set out on a mission to protect his family’s future and in 2012 turned his passion into a full-time business helping others do the same.