A warning from Charlie McGrath 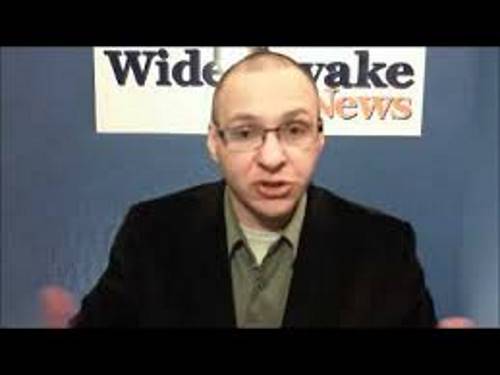 It’s about a complete and total dismantling of a nation, a dismantling of a Constitution, and an implementation of control from on high, [from a] dominant financial authority overtaking this planet.

It’s not coincidence that Department of Homeland Security and the government in general is picking up all kinds of riot gear.

It’s because they know the collapse is coming.

They know the engineered collapse that has been papered over and caused 100 million people to be on the government dole, that has caused trillions of dollars of our future wealth being given to a bunch of bankers.

They know the day of reckoning is coming, and when it does they want 30,000 drones in the air, they want thousands of riot-ready police force on the street, and they want you bickering with your neighbor because you voted Romney, or you voted Obama.

They dance to the tune of the same people who have not been prosecuted or brought to justice for destroying this planet’s economy.

There are people dying tonight because of what has happened to this economy on this planet.

Mass electronic surveillance systems, tens of thousands of drones, riot police, the training of military assets for domestic policing, and the introduction of legislation and executive orders to  respond to widespread national emergencies through martial law declarations are all pointing to the same thing.

Elements within the government of the United States and the cabals that have been engineering this move towards global governance are keenly aware that the system as it exists today is under extreme strain, and the day of reckoning is coming.

Prepare for it, because it will be like nothing we’ve ever experienced in our lifetimes. As our existing paradigm continues to shift we must understand that it will be plagued with starvation, mass rioting and bloodshed.

As Charlie McGrath notes, there are wars being fought all over the globe right now – and scores of men, women and children are dying daily. Millions of protesters have taken to the streets in recent months on every corner of earth as the world they have come to know collapses around them. Tens of millions of Americans are, like their counterparts in Europe and Asia, struggling just to put food on the table.

If the evidence that is right before your eyes doesn’t convince you that a mass destabilization is taking place in real time, then we don’t know what will.

The government is and has been preparing. So should you.

Time is running out.