Scientists say an extreme solar flare is heading its way to the Earth, which may disrupt communications equipment and power grids, but exactly which part of the planet will see the biggest impact isn’t yet known. 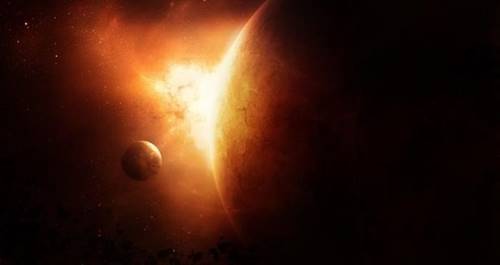 A strong solar flare, created from a giant magnetic explosion on the sun, is moving its way to Earth, said Tom Berger, the director of the Space Weather Prediction Center in Colorado.

Such Phenomenon can disrupt power grids, radio transmissions and other electronics, and in a worst-case scenario could actually take such systems down, perhaps for extended periods.

“There’s been a giant magnetic explosion on the sun,” Berger said. “Because it’s pointed right at us, we’ll at least catch some of the cloud” of highly energized and magnetized plasma that can disrupt Earth’s magnetic sphere, which sometimes leads to temporary power grid problems.

Berger nonetheless added that the worst effects of the storm are likely to narrowly miss Earth, passing over the North Pole.