Medicinal herbs are among the most useful items for preppers. First aid and health care are among the most essential needs for human survival. But what if you couldn’t run to the store for your supplies any longer? I rely pretty heavily on my medicine cabinet to help me deal with everyday aches, pains, and everything in between. From allergies to sprained ankles, I often find myself popping the top of a pill bottle for relief. What I failed to realize until recently is that I’m failing to use of the of best resources available to me – Mother Nature’s medicine cabinet. Find out what medicinal herbs are the most useful and effective, and why you should keep them all in your bug out bag. 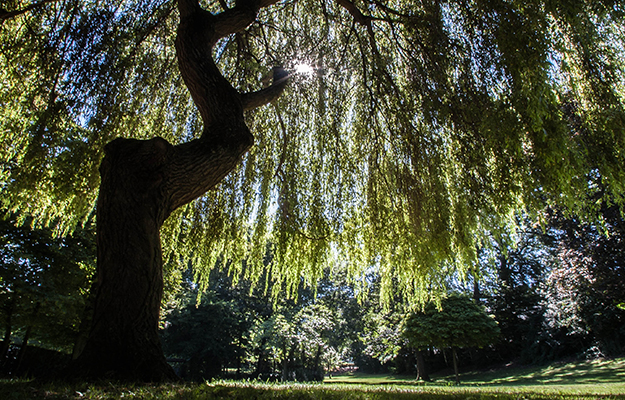 When it comes to surviving, one of the main necessities is pain management. From headaches to back pain, roughing it is known to cause a few bumps and bruises and is definitely not headache free. What many people don’t know is that the willow tree is known for its pain-killing abilities. Its use dates back to early Greeks and one of their top physicians Dioscorides who is recorded as prescribing willow for pain and inflammation. Since that time, the willow tree has been used for illnesses.

But its main benefit is, in fact, pain management. The bark of the Willow contains an effective painkiller called salicin glucoside. Aspirin is a synthetic copy of alcoholic salicin a natural occurring anti-inflammatory, the same substance found in the willow, but the synthetic version has some unwanted side effects, namely internal bleeding.

The benefit of using Willow over Aspirin is there is no potential for hemorrhaging. It’s estimated that a person can lose up to two teaspoons of blood by taking synthetic aspirin, and I personally prefer to keep all my blood.

Some of the uses of willow are:

This magnificent tree has been and is once again returning as the go to herb for survivalists to deal with minor aches and pains. It’s a must-have for any bug out bag, if you prefer alternative medicines to the synthetics’ counterparts, you can get over the counter.

How to use willow bark:

It can be chewed straight off the tree which speeds up the delivery of the salicin through ingestion, but that might prove tough unless you’re a beaver. Or you could suck on the bark allowing transdermal (absorbed through the skin) transfer. It can also be chewed or crushed, then used in a compress for small wounds. And for you tea lovers, it can be steeped in boiling water and its tea ingested. But I warn you, you may want to add some sugar to that.

So the next time you find yourself in the woods or in the health-food store, pick yourself up some willow bark and get rid of those bothersome headaches! 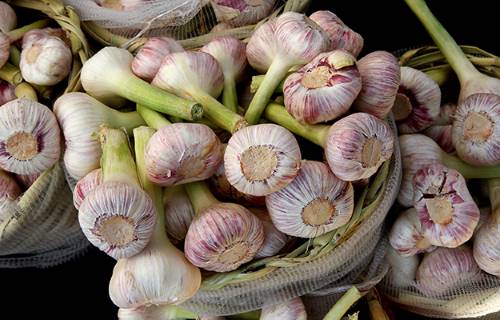 There are so many benefits of using garlic as a medicinal herb, it’s hard to pass up for my bug out bag. The primary reason I listed it here is for its anti-biotic properties. Having an anti-biotic is a must for survival and garlic is one of nature’s best. However, if you’re not a fan of this pungent garden plant, then you could replace it with Echinacea. Garlic is referred to as natural penicillin, making it the best of the best.

Because of the thiamin contained in Garlic, it’s been used for ear, nose and throat infections. It contains germanium which strengthens your immune system. The pungent smell of the herb is a sulfur-containing enzyme called allicin, which has its own medicinal benefit – it destroys fungus!

It’s a detoxifier, a blood purifier, and has anti-viral properties. I personally take a 5000 mg garlic oil gel cap every day, and although I have an enlarged heart valve, my blood pressure is always below 120/80 and I can directly attribute it to the benefits of Garlic.

You can use Garlic oil internally or externally, although if you do use it on your skin, it’s strongly recommended you apply a small amount of olive oil to the skin first.

The main survival benefits of Garlic:

Just the sheer volume of problems that Garlic can solve and how easy it is to grow and store is the reason that it has a permanent place in my everyday life and especially in my bug out bag. 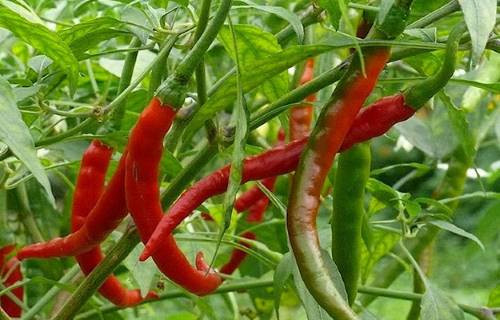 Do these things come with a kick? You bet they do! But they have numerous medicinal purposes. Most people know about the use of this powerful plant for a thermogenisis process for weight loss. But more recently it has been used in some medications for pain relief.

But this easy-to-grow plant can increase the action of the heart without increasing blood pressure. It helps with circulation and has even been used to prevent heart attacks. It’s been used for stomach ulcers and sore throats, and it even helps with congestion, bronchitis, and colds.

Its most valuable use for survival is its ability to help stop both internall and external bleeding. With its versatility and the ability to easily dry and store these peppers, it’s a must have for your B.O.B. Plus let’s face it, in survival mode you’re gonna get banged up, so having a plant that helps stop bleeding is essential.

How to use Cayenne:

It can be ingested, but allow me to suggest that you take it with food or things might heat up for you. For external use it can be ground up and used in a poultice and applied to wounds to help stop bleeding. 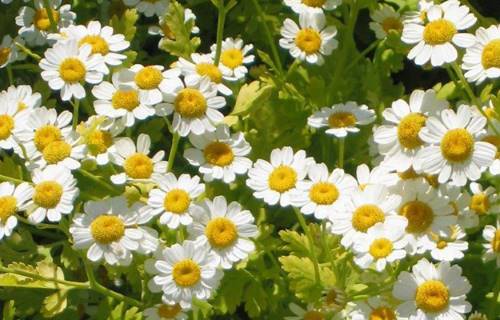 And just as its name suggests its main use is to reduce fever. But this medicinal plant is far more valuable for other things such as migraine headaches, inflammation in the joints, and sinus pressure.

The active ingredient in this bright little flower is parthenolide, which studies have shown prevent the release of serotonin, histamines, and several other chemicals that cause inflammation in the body.

And for our female survivalists, it can help with those nasty premenstrual headaches, too!

How to use Feverfew:

Ingest it by chewing the flower or buying it in capsule form. Although, you should be cautious about the quality when buying a processed form of this herb. Studies have shown that some capsules sold have little or no actual feverfew in them. 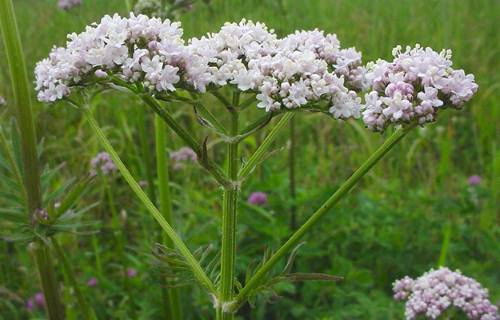 This is one of the medicinal herbs I personally use most often. Although I have to say it smells something awful, like a teenager taking their shoes off in the car right after football practice!

However, its benefits are worth holding your breath, for Valerian has been called nature’s valium, and for good reason. It has a calming effect on the body by influencing the cerebrospinal system. Because of its sedative effect, it reduces pain and anxiety. When you’re in survival mode, anxiety comes with the territory. So having something to counter it is a no brainer!

It’s even said to slow the heart rate while increasing the strength of each beat, and it’s also been used to reduce muscle spasm, which is extremely helpful when you’re on the run! So you’ll definitely find this valuable herb in my bug out bag.

At the end of the day, survival is about preparation for as many possibilities as you can. If we have a societal breakdown, one of the first things that will be looted are the over the counter and prescription drugs. And when those run out, it’ll be those who know how to access nature’s pharmacy that’ll have the best chance to survive. So start today and know which tree, plant, or even weed will save your life!

Keven is a non-active US Marine with some survival training, proficient in weapons, the care of weapons and effective use of them. He’s an avid writer who loves to help other people. He writes for two blogs and has written three books, two of them self-published and he’s finishing the third. Keven believes that being prepared for disaster isn’t just something for some future calamity, but the obligation of every citizen.