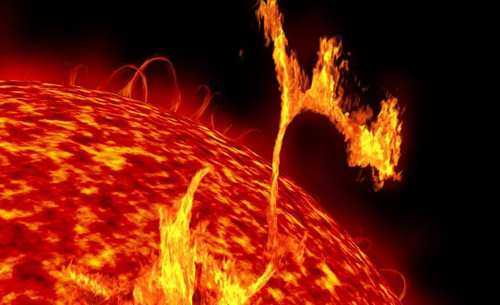 stands for electromagnetic pulse, and occurs in the form of a large burst of electromagnetic radiation that has the potential to disrupt electricity, radio waves, magnetic fields, Wi-Fi, and most other forms of electric currents we use on a daily basis. 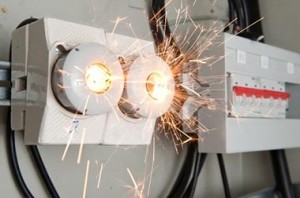 With so many categories of individual at heightened risk of losing their life-support systems after an EMP strike, its important to have backups of the most essential life-sustaining devices stored in EMP-proof containers for the best chance at long-term.

Again, the effects electronic systems will suffer from an EMP largely depend on its size and altitude.  Some solar flares and low-output nuclear bombs may have very little electromagnetic effect on the earth, but precautions should be taken nonetheless.

Essentially, anything that can operate on a charge or on batteries when not plugged into an AC outlet is likely to be spared from an EMP attack.  If the device is kept away from other large metal objects and large swaths of wiring, it should remain relatively unharmed and continue to operate as long as its charge or batteries last.  Some electronics are inherently EMP-proof, including large electric motors, vacuum tube equipment, electrical generators, transformers and relays, and other large systems often housed in surge-resistant housing.

One survival tool for electronically sensitive equipment is the Faraday cage, a metal box designed to absorb the surge of an EMP without harming its contents. Whatever it is being stored in the Faraday cage must be insulated from the inside metal surface of the box, but should otherwise remain protected. Accordingly, the box should be constructed so that no large gaps or holes are present.

However, many containers are suitable for impromptu Faraday cages including ammunition cases, metal filing cabinets, truck bed cabinets, and the like.  Therefore the thickness of the box doesn’t make much difference in determining its effectiveness against EMP waves, though thicker metal is likely to work better overall (think a large safe).

A big myth is that an EMP will wipe out the electronic components of most vehicles. On the contrary, the metal construction of most cars and trucks act as virtual Faraday cages for the electronic components contained within.  Therefore, if you were to insulate your vital medical electronics in tin foil, put them in a makeshift Faraday cage, and store it inside your vehicle, it should be protected from most moderate EMP strikes.

Ultimately, it’s all about how you insulate and shield your devices.  Thus, a washer or dryer could be used to store some larger or obscurely shaped devices if needed, so long as all sides are made of metal and have a tightly fitting lid.

For most home and commercial electronic devices, surge protectors and lighting arrestors serve to protect the systems from failure in the event of a power outage–fortunately they will also protect them against the effects of an EMP. While a powerful surge could wipe out the grid and shut off electrical services, the devices themselves would not be harmed if plugged into a surge protector.  However, they would need to be run on a backup power source in the event of this happening.

For better or worse, since we have yet to experience an EMP strike, its unknown as to how effective surge protectors and resistors will be in a real-world event. In the end, the best way to protect vital electronics, like those medical devices needed to sustain life, is to keep them disconnected from external power sources, away from antennas, and shielded in a well-sealed and insulated Faraday cage.

EMPs are most commonly associated with nuclear blasts, and were first tested under the American nuclear weapons development of the 1940s and 50s.

EMPs occur with all nuclear explosions, though the effects are much more profound with larger magnitude blasts.  The earth generally absorbs nuclear attacks close to the ground, like those experienced at Hiroshima and Nagasaki, so the effects of an EMP are confined to the areas affected by the blast and subsequent heat wave.  As the size and altitude of a nuclear blast increases, so too do the potential for greater EMP effects.

Thus, an EMP would deliver the most devastating effects to earth if a nuclear weapon exploded in space–or high in the earth’s atmosphere.  This would cause the gamma radiation released by the blast to strip electrons from the upper levels of the atmosphere and create electromagnetic radiation levels capable of disrupting most of earth’s electronic systems.

Accordingly, scientists and astronomers have long been studying the effects of the radiation produced by solar flares.  As far back as 1859 with the Carrington Event (from August 28 till September 2), the largest geomagnetic storm ever recorded occurred and disabled telegraph systems all across Europe and North America.

A study conducted by Lloyd’s of London and the United States’ Atmospheric and Environmental Research (AER) estimated the results of such a storm would have a $2.6 trillion effect on the world economy.

More recently, a series of solar storms in the 1970s was substantial enough to bring an end to the widespread use of CB radios, in addition to disrupting commercial radio and television transmissions.

Like any disaster, there’s no way of knowing the true effects of an EMP until it actually happens.  Ideally, we will never know what that experience is like, as it could mean utter devastation for most of mankind in its worse form.

For those dealing with life-threatening medical issues, losing access to electricity may be a life and death scenario.  Most evidence suggests the likelihood of a worst-case scenario is slim, but if your life depends on it you should take the necessary precautions.

Cody Griffin is do-it-yourselfer, and avid outdoorsman. He is a self-proclaimed jack-of-all-trades and his work can be found across the web on several survival, outdoor, and lifestyle blogs. You can send Cody a message at cody.griffin [at] survivopedia.com.