When will the breakdown of the system begin?

If you’ve been paying attention, then you’ll likely agree with contrarian economist Jim Willie. The breakdown is happening right here and now – it’s already in progress. 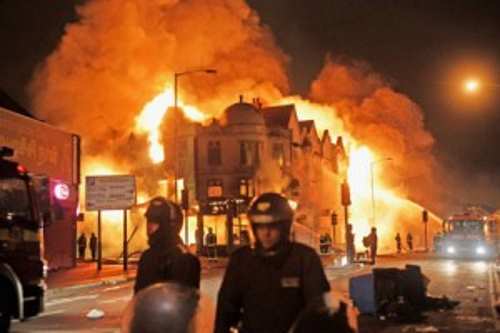 Most Americans haven’t realized it just yet, but everything including our economic, financial, monetary and political systems are in full meltdown mode. It was so bad in 2008, in fact, that Congressional members were warned that if they failed to stabilize the financial system there would be tanks in the streets.

With nearly 50 million Americans on food stamps, more than half of all able-bodied adults out of work, prices for essential goods progressively inflating, consumer spending collapsing, and the government taking on unprecedented levels of debt, the fact of the matter is that nothing has been resolved. It’s only gotten worse.

Jim Willie warns that, while a collapse is already in the works, Americans have no clue how serious it really is.

In my view we had a systemic breakdown in 2007.

So, to say “When is the breakdown going to happen,” I usually have a sassy response to my clients: Where have you been? It’s in progress.

We’re leading up to a big event.

We are having breakdowns in numerous structural elements of the financial system.

They’re all breaking down.

So we’re leading to a climax. We’re getting a chain reaction of breakdown events. They’re in progress.

The ‘taper talk’ was a stress test to find out what in the world would break down, and the answer was everything!”

In the United States, we are going to have shortages across the board, and that includes gold and silver.

That’s when the riots will start.

You are going to see out of control chaos and the government stepping in to restore order. . . .

Shortages and price inflation are going to drive people out of their minds.

The American people, and the people of most western nations, have been living a life of relative peace and prosperity for the last several decades.

The majority have no idea how all of it has been made possible.

The almost unimaginable levels of debt and leverage that have been keeping the system afloat will, however, soon be revealed for the Ponzi scheme they really are.

And when it all comes crashing down millions of unsuspecting myrmidons will be totally blind sided.

They will have failed to prepare for a paradigm shift not seen since the early to mid 20th century, when economic instability and wars ravaged the entire globe, leaving tens of millions of people dead.

As Jim Willie and Greg Hunter note, the big event is coming.

Now is the time to stockpile those items that will be unavailable at almost any price when the severity of the collapse becomes apparent to everyone. Food to keep you alive for extended periods. Essential supplies that you can barter. Gold and silver as a mechanism of exchange. Weapons and ammo to defend what’s yours.

We may not be able to predict what will happen or how widespread it will be, but having a well developed preparedness plan will, at the very least, give you a fighting chance at survival.

This is what it looks like when Americans rush for cheap TV’s, phones and video game systems on Black Friday – can you imagine what the scene will be when they’re fighting for food and clothing?

Word of the day: Prepare! And do it the old fashion way, like our fore-fathers did it and succeeded long before us, because what lies ahead of us will require all the help we can get. Watch this video and learn the 3 skills that ensured our ancestors survival in hard times of famine and war.