“Let it all burn to the ground! I’ll be up in the hills with my survival group, two years’ worth of food and a ton of supplies. You can stay here and die. In fact, I hope you all die so I can walk back down here when you are dead and take all of your stuff that you were too stupid to protect.” 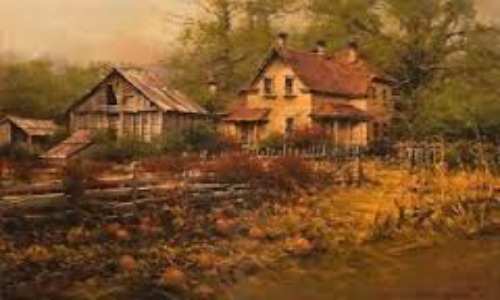 Have you ever heard someone talk like that about the end of the world as we know it? I have many times. It is usually on survival forum posts or in the comments of prepper blogs that we hear this vitriol spewed from people who seem to eagerly anticipate a horrible SHTF event. I can’t even grasp the stupidity of comments like that and have to believe that anyone who says anything remotely similar is suffering from a serious lack of intelligence, maturity or both.

How could anyone in their right mind want chaos and anarchy? Who would wish destruction on our entire civilization?

There is another side to this topic though and that is a connected, but slightly different yearning I believe on the part of some preppers, who secretly hope in some small way for TEOTWAWKI in their lives also. This desire isn’t to see anyone harmed although they are probably aware this possibility must come with the territory. It is also not to take advantage of anyone like the comment above. Some preppers might be looking forward to “the big reset” caused by some global catastrophe, not because they are anarchists who want destruction but are instead searching for something more personal and intimate to the human experience.

I believe that some people are secretly OK with the prospect of TEOTWAWKI because of how our society has become pathetic on some fronts, due to technological advances and nanny state bureaucracies. With all the advancements of science and industry, we have forgotten some of our native abilities and our lives are devoid of the challenges that strengthened and tested our forefathers. When the biggest fear is losing electricity, what has our life as human beings become? When everyone gets a trophy just for showing up, what is the point of striving in the contest of life? If your social life is plunged into a panic due to a brief outage on Facebook, how meaningful is that life? If even sledding must be banned due to the fear of lawsuits, how screwed up are our priorities? If the only answer to getting what you want is to riot, protest or a court battle, how weak have we become as a species, or perhaps more accurately; how much control have we willingly given away?

The Pioneer Spirit is not lost, it is searching for you

This thought has been bouncing around in my brain for some time, but it took another show on NatGeo to bring the concept to the front of my consciousness. I so rarely watch TV and if I do it is almost always National Geographic and that is why so many of my articles feature thoughts gleaned from that network. I do not own stock in them, but I watched the first episode of a show called The Pioneers. This show isn’t radically different from a lot of other reality based shows out there; camera crews follow people carefully selected, no doubt to get along and argue with each other at all the right times, but the premise is “a social experiment that follows four couples for three months as they trade in their 21st-century comforts for covered wagons, campfires, and the harsh reality of life on the American prairie.” 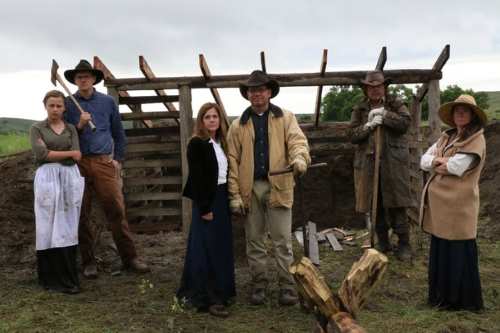 Cast of the Pioneers on National Geographic.

The main motivation for the couples interviewed generally was to get back to the spirit of the pioneers, our ancestors and see if they could complete a wagon voyage across the prairies of America. This would be without any modern conveniences naturally and the only survival tools they are given in the show, were common to the 1800’s. In watching that first show I realized that so many of us are yearning for the same type of challenge, but most of us could not and would not appear on any reality show to see how we actually fared. I think that pioneer spirit is in our DNA somehow and our modern society doesn’t give us many chances to exercise this deep down yearning, so that, almost unconscious desire, manifests itself in a tacit longing for a return to a more challenging time.

Sure, you could go off the grid, drop out of society and hike up into the woods but most of us wouldn’t do that willingly unless our lives depended on it and even if we did, the rest of society wouldn’t follow along so it wouldn’t really be the way the pioneers lived life would it? A TEOTWAWKI event would be the great impetus, depending on the disaster, for a mandatory return to a simpler, harsher life. If a great calamity happened, you wouldn’t have to quit your job or turn off your cell phone. You wouldn’t have any choice about growing a garden or trying to repair holes in your jeans. Life would be completely different and you would finally see how you are able to stand up to the challenges of a world that doesn’t come with so many shortcuts.

I can relate to the thoughts I mention above because in some small way I would like to see how I could rise to the challenges faced by our pioneer relatives. I fully understand that life was much harder back then so I don’t want to foolishly wish a return to the 1800’s on any of us, but a big reset would seem to be the quickest, maybe not the least painful way to start over on a lot of things.

If you have similar thoughts there are things you can do now though to try to make sure you are prepared if something happens that does cause us all to lose the modern conveniences that we love and rely on so much to make life easier and more entertaining. You can not only be more prepared, there are ways to test yourself in the process, they just require some effort and planning.

I understand the allure of wanting to be tested – to go back to a world without so much noise, where you have to be self-reliant or else you die, but the downside is we easily forget just how difficult that life was. Sure, an EMP for example could send us back to the 1800’s without killing a lot of people immediately, but there would be a large loss of life as the lack of electricity affected people in so many ways. Many people, maybe your own children or spouse could die from simple infections if they were unable to receive antibiotics. Women would die in greater numbers during childbirth. There wouldn’t be a 911 to call if your house caught fire. Retirement? The only way you would get to retire is when you died.

Living like the Pioneers for us wouldn’t be anything like Little House on the Prairie. Your hometown would probably look more like a third world slum for generations. Don’t believe me? Have you seen the garbage that piles up after only 10 days? Do you know anyone with horses? Woodworking tools that don’t require power? Wagons for the horses to pull? Steam locomotives or the knowledge to build any of these things?

We may all get to see what it is like living like the Pioneers one day but if I am being honest, I don’t want to go through that turmoil if I have a choice. I don’t want it for myself or my family or anyone in the world. It is one thing to think about it from my sofa watching a reality TV show drinking a cold adult beverage, but if the 1800’s came knocking on my door I know that eventually, probably faster than I like, I would regret the loss in a very real way. As a prepper I do try to plan for scenarios like this but I always try to remind myself that my preparations are for worst-case scenarios and that I would really be much happier if these plans I make never saw the light of day. As a society, I might think we need a big reset, but I for one don’t want to go through the death and destruction to get there. If it happens, I’ll deal with it, but I am not wishing that on anyone.

One Reply to “Preppers: Be Careful What You Wish For”