Due to ignorant people voting Democrat many of these guns are illegally outlawed in New York City, Chicago, California, etc … Check your local laws to see if they can be legally owned. I can’t believe I have to even write that. 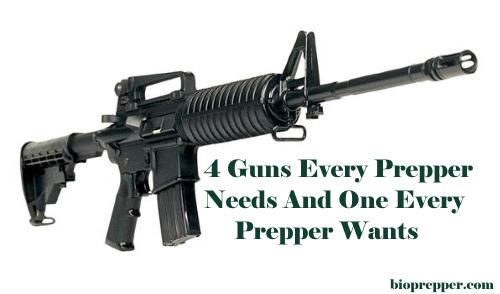 ”No free man shall ever be debarred the use of arms. The strongest reason for people to retain the right to keep and bear arms is, as a last resort, to protect themselves against tyranny in government.” – Thomas Jefferson papers

What in the world is this guy thinking recommending a Glock 21? Well I’m not a big fan of glocks (I love my Ruger .45) but this is a gun commonly carried by police and many, many others. The parts are and will be widely available, clips are readily available and the same for ammunition. 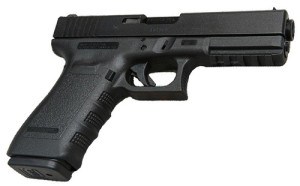 Pros:
– Serious stopping power
– At medium ranges you can spray a large target almost guaranting that serious damage will be done
– Easy to get a hold of the ammunition
– Parts are readily and widely available
– High capacity clips are available
– Corrosion resistant
– Non glare finish
– Semi Automatic

Cons:
– Cheap ammo can jam this gun
– Serious kick
– Rapid fire is not really possible due to the kick
– Can be hard to cock back

This is one of the most popular guns in America. It comes in two styles pump and semi-auto. The Remington Model 870 is the highest selling model today. It’s simple and very reliable. 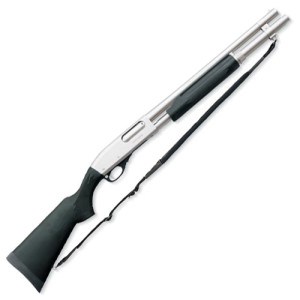 Pros:
– The sound of chambering a clip is usually enough to scare off the average person cause they know the kind of damage it can do to ones body.
– At medium ranges you can spray a large target almost guaranting that serious damage will be done
– Rapid fire at ease
– Compared to most handguns or rifles the shotgun offers some serious stopping power

Cons:
– Reloading is generally a slow process and if you were just woken up it may be clumbersome
– Regular steel (most common) is prone to corrosion so go with a stainless steel model
– You must shoot with precision and know your target cause it causes a lot of damage (Apartment dwellers and those with a family should consider a different weapon)
– Limited range when compared to almost any rifle

First, don’t fall for the whole ‘a 22 can’t kill someone’ BS, a .22 rifle is very deadly when properly used, so treat it as such. The Marlin Model 60 is the world’s most popular .22 rifle.

Pros:
– The mist common rifle so ammunition and parts will always be easily accessible
– Ammunition is cheap and plentify
– Quiet and easy to suppress
– Generally a light weapon that is easy to carry
– Wide range of abilities
– Extremely afordable
– Recoil is nonexistent
– Large amount of ammo can be stored in a small area
– Decent range of 50 or more yards
– Available in every type of configuration
– Ideal for killing and small game

Cons:
– Not the best choice for killing large game
– Less powerful than say a 12 Gauge Shotgun
– Short range when compared to most high powered rifles
– Less lead, ammunition is small

Don’t forget the ultimate bug out bag gun, the Kel-Tec SU-16. MSRP is $770 and it isn’t as accurate as an AK-47 but its foldable stock makes it easy to conceal and transport.

Prepper Admin is the founder of homesteadingandprepping.com I regulate things around here like the government. Except I don’t want to take all your money and give it to drug addicts sitting on their asses playing X-box all day. I am a former US Marine and single father. Read ‘Atlas Shrugged’, now in the nonfiction section