There was an idea in the 1960s that we were entering an enlightened Age of Aquarius. They were only 50 percent correct. Although we wouldn’t reach enlightenment, we have indeed entered the era of water. 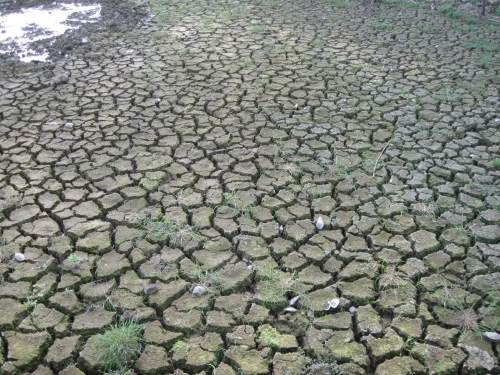 Water will be the single most important resource in the coming century. Already in 1995 the VP of the World Bank said that the wars of the 21st century would not be over oil, but over water. There is a name for this: water wars.

One of the unexpected effects of global warming has been a diminishing supply of fresh water, as many parts of the world have been experiencing droughts. There are already a large number of flashpoints around the world where water wars are in the process of breaking out.

Of all the nations in the world, it is expected that Yemen will soon not have enough water for its growing population in an already arid landmass. By 2030, it is estimated that fully half the world’s population will not have access to drinking water. The Middle East—an already volatile area of the world—is set to run out of water in the next decade, which sets the stage for massive conflict.

What Can Be Done?

Several countries are already preparing for the coming shortages in potable water. By all estimates, water will become the most sought after commodity in the world, poising Canada to be the Saudi Arabia of the new century. Instead of oil, their main export will be their vast clean water stores.

Australia is expected to be hit hard in coming years. They are among the trailblazers in using a vapor compression system for purifying the saltwater that surrounds their continent. Desalination is one of the emerging technologies that will dominate the near future. It is currently prohibitively expensive for most countries to implement. Indeed, although Israel develops the technology and sells it to Australia, it lacks the funds to set itself up to desalinate water from its Mediterranean coastline.

But Is It Real?

To drive the point home, the United States has already experienced a minor domestic water conflict. The town of Orme, Tenn., officially ran out of water in 2007. Furthermore, the states of Georgia, Alabama and Florida have had to sign to a water-use agreement, which pre-empts an escalation of conflict once the water supplies can’t keep up with the population.

The question, it is agreed, is not whether there will be water wars in the future. The question is when. Of course it is always possible that scientists could find a way to avoid these wars by making clean sources that can be distributed worldwide without bloodshed and with an eye to helping our fellow man. But that may be a shade optimistic.

Adrienne is a skeptical blogger who writes on a variety of topics. To catch up with her latest work/paranoia, check her Twitter at @adrienneerin.

One Reply to “Water Will Soon Be Our Most Valued Resource”