The potential threat of an electromagnetic pulse (EMP) has officially captured the attention of politicians in Washington, who are using it as an issue to drive debate about possible military threats and infrastructure overhauls. 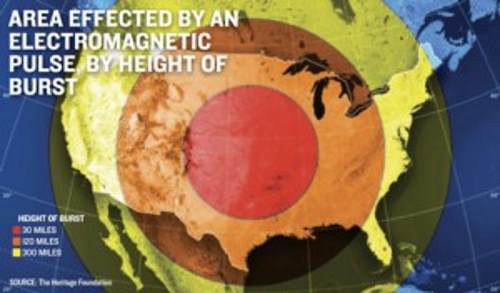 The catastrophe that could come from an EMP would be overwhelming and devastating to the infrastructure that hundreds of millions depend upon, yet Homeland Security has done absolutely nothing to harden the grid or take basic precautions since it was warned in a 2008 report. According to the Washington Free Beacon:

“We’ve allowed government dysfunction to prevent us from doing even the most basic things to protect ourselves,” said Chairman Ron Johnson (R., Wis.)…

“I emphasize that a once-per-century event could occur next week. It has a probability of 10 percent of occurring in the next 10 years, a time in which we can and should take measures to reduce and essentially eliminate its impact on the bulk power system of the United States,” said Dr. Richard Garwin of the IBM Thomas J. Watson Research Center.

You can read the 2008 Critical Infrastructures Report: Report of the Commission to Assess the Threat to the United States from Electromagnetic Pulse (EMP) Attack here in PDF.

According to experts, the minimum to protect American power grids from EMP would involve no more than a few hundred substations that could be hardened for “an estimated $100,000 per station” – a paltry sum compared to to other technological costs born by Homeland Security, law enforcement and military agencies. Of course, IBM stands to gain from new grid infrastructure, as many “smart grid” firms share common plans with EMP resilient proposals, both of which favor overhauling the aging grid designed in the days of Tesla and Edison.

But EMP threats have relevancy again with Iran as a hot button issue and status as worst nightmare for certain circles.

The renewed focus on Iran amid controversial negotiations from the Obama White House have brought forward new waves of fear about Iran gaining a nuke… and using it to set off an EMP holocaust over the United States.

The scenario isn’t impossible and poses real threats, but has little to do with Iran as a hostile actor. Nonetheless, your everyday war hawk propaganda has been weaving it into the narrative. The Daily Reporter writes:

According to Dr. Forstchen, a nuclear bomb possessed by Iran would compromise the safety of Israel and America. An even more serious scenario would be for Iran to detonate an EMP Bomb in the air over Israel or America with a nuclear bomb, from a cargo container ship.

Experts who are “very alarmed and scared” about this, include James Woolsey, a former CIA Director; Major Ed Dames, former head instructor for remote viewing at the Pentagon; and Dr. William Forstchen, an expert in military history. A growing number of military and civilian experts are warning about a potential EMP Bomb attack; while our news media and government remains silent.

Experts claim that the blast from a single attack would last only a millionth of a second, but could potentially kill nine out of 10 Americans within 12 months, since a major EMP Bomb would destroy our American electrical grid and electronics…

That threat is very much on the mind of those who helped write, or who have supported the SHIELD Act, House legislation introduced to address EMP scenarios:

The electromagnetic pulse could result from a high-altitude nuclear detonation, more than 100 kilometers above the ground, launched either by a nuclear warhead or satellite delivery system. The results of an EMP event are drastically different than that of a solar event, and bills introduced to the US House of Representatives, such as the Secure High-voltage Infrastructure for Electricity from Lethal Damage Act or SHIELD Act (H.R. 2417) address this issue.

“Simply finding a way to harden a grid that will, per the EMP Commission, still likely come down … because there are no protections anywhere else, doesn’t seem like the best focus of our energy and time. We want to focus on [the] recovery scenario for the low likelihood, high-impact events like an EMP, which we see as distinctively different as a GMD,” Bridgette Bourge, an official at the National Rural Electric Cooperative Association, said in her testimony. (source)

With all those who stand to gain from destruction, mayhem and desperation, the door is also wide open for intentional false flag attacks, human error and plain bad luck.

Let’s hope we have a head start before the SHTF, and as always, keep your preps EMP-ready as best as you can manage. 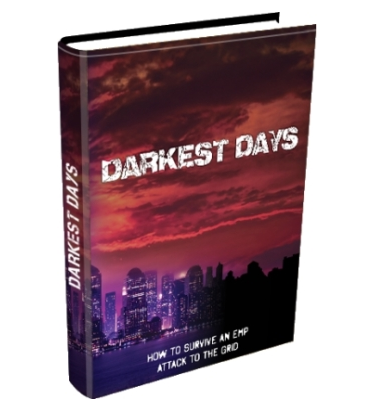