Editor’s Comment: These are indeed dangerous times. Those, like Michael Snyder, who saw a stock market crash coming around September (and now beforehand) have largely been proven right. Will this end up becoming a complete crash like we’ve never seen before? No one can say at this moment, but things are looking bad with significant room for further complications. 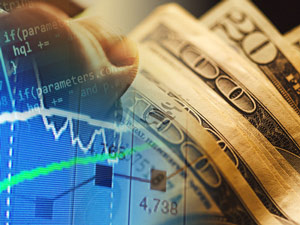 The system is having a hard time keeping things swept under the rug, and it’s not going to be pretty when things go into a fit. Please take heed of these warnings and prepare as best as you can. No matter how much the mainstream media laughs this off, it is a major, serious disruption that could signal even worse things ahead. Stay safe.

BLACK MONDAY: The First Time EVER The Dow Has Dropped By More Than 500 Points On Two Consecutive Days

On Monday, the Dow Jones Industrial Average plummeted 588 points. It was the 8th worst single day stock market crash in U.S. history, and it was the first time that the Dow has ever fallen by more than 500 points on two consecutive days. But the amazing thing is that the Dow actually performed better than almost every other major global stock market on Monday.  In the U.S., the S&P 500 and the Nasdaq both did worse than the Dow. In Europe, almost every major index performed significantly worse than the Dow.  Over in Asia, Japanese stocks were down 895 points, and Chinese stocks experienced the biggest decline of all (a whopping 8.46 percent). On June 25th, I was not kidding around when I issued a “red alert” for the last six months of 2015. I had never issued a formal alert for any other period of time, and I specifically stated that “a major financial collapse is imminent“. But you know what? As the weeks and months roll along, things will eventually be even worse than what any of the experts (including myself) have been projecting. The global financial system is now unraveling, and you better pack a lunch because this is going to be one very long horror show.

Our world has not seen a day quite like Monday in a very, very long time. Let’s start our discussion where the carnage began…

For weeks, the Chinese government has been taking unprecedented steps to try to stop Chinese stocks from crashing, but nothing has worked. As most Americans slept on Sunday night, the markets in China absolutely imploded…

As Europe and North America slept on Sunday night, Chinese markets went through the floor — the Shanghai Composite index of stocks fell by 8.49%, the biggest single-day collapse since 2007.

Things would have been even worse in China if trading had not been stopped in most stocks. Trading was suspended for an astounding 2,200 stocks once they hit their 10 percent decline limits.

Overall, the Shanghai Composite Index is now down close to 40 percent from the peak of the market, and the truth is that Chinese stocks are still massively overvalued when compared to the rest of the world.

That means that they could very easily fall a lot farther.

The selling momentum in Asia carried over into Europe once the European markets opened. On a percentage basis, all of the major indexes on the continent declined even more than the Dow did…

But wait… Europe is where the omnipotent ECB and other central banks have imposed negative deposit rates. The ECB is engaged in a massive ‘whatever it takes” QE program to inflate stock markets. But it’s not working. Omnipotence stops functioning once people stop believing in it.

Even before U.S. markets opened on Monday morning, the New York Stock Exchange was already warning that trading would be halted if things got too far out hand, and it almost happened…

The thousands of companies listed by the New York Stock Exchange and Nasdaq Stock Market will pause for 15 minutes if the Standard & Poor’s 500 Index plunges 7 percent before 3:25 p.m. New York time. The benchmark got close earlier, falling as much as 5.3 percent.

There were other circuit breakers in place for later in the day if too much panic selling ensued, but fortunately none of those were triggered either. Here is more from Bloomberg…

Another circuit breaker kicks in if the S&P 500 extends its losses to 13 percent before 3:25 p.m. If the plunge reaches 20 percent at any point during today’s session, the entire stock market will shut for the rest of the day.

When the U.S. markets did open, the Dow plunged 1,089 points during the opening minutes of trading. If the Dow would have stayed at that level, it would have been the worst single day stock market crash in U.S. history by a wide margin.

Instead, by the end of the day it only turned out to be the 8th worst day ever.

And in case you are wondering, yes, investors are losing a staggering amount of money. According to MarketWatch, the total amount of money lost is now starting to approach 2 trillion dollars…

As of March 31, households and nonprofits held $24.1 trillion in stocks. That’s both directly, and through mutual funds, pension funds and the like. That also includes the holdings of U.S.-based hedge funds, though you’d have to think that most hedge funds are held by households.

In other words, a cool $1.8 trillion has been lost between now and the first quarter — and overwhelmingly, those losses occurred in the last few days.

Unfortunately, U.S. stock prices are still nowhere near where they should be. If they were to actually reflect economic reality, they would have to fall a lot, lot lower.

For example, there is usually a very strong correlation between commodity prices and the S&P 500, but in recent times we have seen a very large divergence take place. Just check out the chart in this article. At this point the S&P 500 would have to fall another 30 to 40 percent or commodities would have to rise 30 or 40 percent in order to close the gap. I think that the following bit of commentary sums up where we are quite nicely…

“Markets are afraid of further economic weakness in China, further pain in global commodity markets and uncertain about Fed and PBoC policy — what they will do and what the impact will be,” Societe Generale’s Kit Juckes wrote on Monday. “The divergence between global commodity prices and equities is not a new theme but the danger now is that they begin to re-correlate – as they did when the dotcom bubble burst in 2000 and what had previously been an emerging market crisis became a US recession.”

And commodities were absolutely hammered once again on Monday.

For instance, the price of U.S. oil actually fell below 38 dollars a barrel at one point.

What we are watching unfold is incredible.

Of course the mainstream media is bringing on lots of clueless experts that are talking about what a wonderful “buying opportunity” this is. Even though those of us that saw this coming have been giving a detailed play by play account of the unfolding crisis for months, the talking heads on television still seem as oblivious as ever.

What is happening right now just doesn’t seem to make any sense to the “experts” that most people listen to. I love this headline from an article that Business Insider posted on Monday: “None of the theories for the Black Monday market crash add up“. Yes, if you are willingly blind to the long-term economic and financial trends which are destroying us, I guess these market crashes wouldn’t make sense.

And if stocks go up tomorrow (which they probably should), all of those same “experts” will be proclaiming that the “correction” is over and that everything is now fine.

But don’t be fooled by that. Just because stocks go up on any particular day does not mean that everything is fine. We are in the midst of a financial meltdown that is truly global in scope. This is going to take time to fully play out, and there will be good days and there will be bad days.  The three largest single day increases for the Dow were right in the middle of the financial crisis of 2008. So one very good day for stocks is not going to change the long-term analysis one bit.

It isn’t complicated. Those that follow my writing regularly know that I have repeatedly explained how things were setting up in textbook fashion for another global financial crisis, and now one is unfolding right in front of our eyes.

At this point, everyone should be able to very clearly see what is happening, and yet most are still blind.