On Sunday August 30, 2015, I attempted to conduct a radio interview with Rich Scheben a noted off-the-grid prepper. Along with experts, such as Bob Griswold, Rich is as skilled as anyone in this business and his message is not popular with this current administration. During the course of the interview, the studio radio equipment that I use to communicate with my satellite uplink failed to connect for the first time since I have been using the equipment. 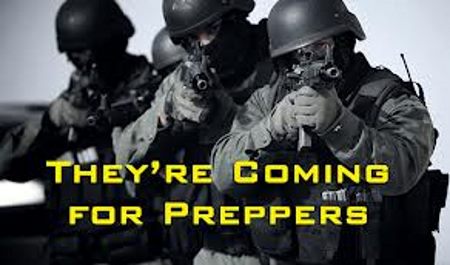 Subsequently, I went to my backup system which is a Skype set up that is configured for use in radio interviews. It, too, failed as I was unable to connect to my source. I was reduced to using a poor quality land line in which I experienced echoes and drop outs. The moment my interview with Rich was concluded, all systems returned to normal. This was not an accident. In reference to yesterday’s publication, it is an easy conclusion to make that Russian Spetsnatz are targeting preppers in the western portion of the United States.

Along these same lines, please read the email I received today from a reader located in Denver.

I work around a rail yard in Denver and have been listening to you and others in the real media for a few years now and since I am a veteran and knowledgeable about types of equipment I can comment that what we are seeing is NOT normal movement of equipment.

Most equipment is pre positioned at the gaining units deployment location ie; Fort Irwin CA. Afghanistan etc. Last Friday I saw and odd mix of equipment go through my yard and I have been skeptical of the fires in the redoubt areas in OR. WA. ID. And your report of witnesses seeing them setting confirms my suspicions. They are trying to burn them out. By them I mean the patriots that are independent and off grid and the they is the usual assortment of suspects. I have been seeing a lot of this equipment moving the past year or so but it has picked up as of late. The stuff I saw Friday looked as if it was a task force shipment. Usually when we would send our equipment by rail, I was Army maintenance btw, it would be all the armor together, all the hummers together, all the 2 ½ ton trucks together etc. It has to do with the different types of cars and for ease of loading unloading the equipment. Any way this train consisted of several hummers with 2 ½ tons and then 3 towed artillery pieces followed by three stryker MGS systems (Mobile Gun Systems). It was odd to say the least since the military loves to be uniform about EVERYTHING and nothing was uniform about this movement of equipment. I can send pictures if you want but I have been following you for several years and you have a ton of pictures already. The reason it struck me as so odd is that usually when we would move it would be an entire company or battalion  at one time which is why you see all the same types of equipment together. When I went to the gulf war we did not get into a task force alignment until AFTER we arrived in country and this shipment looked like it was a task force already. Don’t know if it means anything but if you want to discuss it further feel free to contact me. Im sick of these idiots in our lame stream “media” name calling and lying about  absolutely everything. They cant be trusted to tell the truth and that is why I listen to you and others in what I consider the real media. Thanks again for being a watchman and hopefully we can all do our part to expose these criminals and their intentions to enough people to maybe wake up enough people to what is really happening right in front of them.

The use of arson by Russian Spetsnaz to target preppers is a very logical conclusion to draw in light of recent events and history. Since the inception of the Obama administration, preppers have been targeted in a variety of ways. 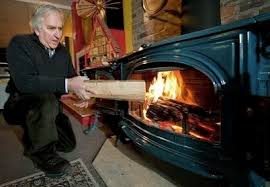 In a relatively recent round of Agenda 21 insanity, we are witnessing the Environmental Protection Agency (EPA) imposing new heating rules designed to impact preppers.The insane application of Agenda 21 policies knows no bounds when it comes to the EPA. The EPA has introduced new standards for wood stoves which dramatically reduces the amount of fine particle emissions for any wood stove sold beginning this year. The emissions must be reduced by 33% with more reductions scheduled for 2019.

At issue is the unsubstantiated claim that the EPA is making that if the use of wood stoves are reduced, the quality of health of the residents will increase. Yet, the EPA does not offer any peer-reviewed research, which has been replicated, as proof of this bogus claim. Are we just supposed to take their word for it? We might as well face the fact that the EPA is controlled by ICLEI and their United Nations puppet masters and this is, yet another case of attacking preppers.

The criminal  enterprise known as the Obama administration is also quite insane.Their Agenda 21 policies seek to criminalize anyone who desires any degree of individuality and independence. I have reported on this insanity in Antelope Valley, CA., in which residents are being SWAT teamed by Nuisance Abatement Teams from LA County. This violation of the public trust comes at a time when LA County judges are accused of taking bribes and the Sheriff was recently under investigation for stealing confiscated drug money. It never fails, the horrific corruption of public officials and Agenda 21 implementation practices go hand in hand.

As far as can be determined, the only transgression committed by these Antelope, CA. residents, other than a few minor code violations, is due to the fact that they are living off the grid, prepper style. And if they are off the grid, they cannot be controlled as easily.

Certainly, no government can be all things to all people. Subsequently, the government should be in the business of encouraging its citizens to be independent. However, the Obama administration has taken the opposite approach. Instead of the government empowering the people to be self-sufficient, this administration is punishing independence and self sufficiency.

DHS actually published a “Right Wing Extremism Manual which demonizes and targets normal citizens with labels such as “preppers” and have further defined the act of becoming self-sufficient as being the actions of a domestic terrorist. It is ironic that DHS is the one who has ordered millions of FEMA caskets, 2700 armored personnel carriers and 2.2 billion rounds of ammunition. Yet, it is only the wholly independent people, only desiring to be left alone by their government, are labeled as domestic terrorists. Obama has seemingly found an effective means of dealing with preppers through the use of the Spetsnaz as they continue “burn out preppers and prepper resources throughout the west.

John Moore once told me that two teams of eight Spetsnaz commandos could take down a power grid of a city the size of Phoenix. It looks a new use has been created for these Russian soldiers that this current President has allowed into our country and now we are seeing the net effect, as fires rage out control throughout the western portion of the United States.

The fires, which are ripping through millions of acres in the west, are not natural events. The following CNN report covers these events as if this is how mother nature is supposed to work, when in fact, this is a clear example of “gray terrorism”.

This is only the beginning of the terror that these foreign invaders are bringing down on America. As John Moore, Paul Martin and myself have discussed, we 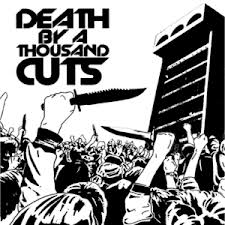 still have to worry about drinking water security, the power grid, nuclear detonations and a whole host of any number of serious nation-ending attacks. This is clearly a case of death by a thousand cuts.