This is a situational awareness alert. A CIA ‘double agent’ who had infiltrated the Al Qaeda terrorist network is urgently stating that he believes the United States is ‘next on the list’ as ‘ISIS’ will attack within the next two weeks. 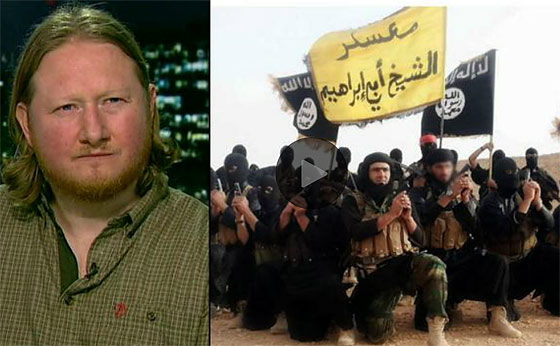 He states that the ISIS terror organization in Europe (following the Paris attacks) are desperate (‘on the run’ there) and are feeling that their time may be up – therefore speeding up their timetable to do as much damage as possible.

In the wake of the Paris terrorist attack, the ex-terrorist said an attack on American soil…would be a “bit different” because of the security precautions currently in place.

He goes on to say that they will likely target civilians, such as in shopping malls, or other places like we’ve seen in France.
While the purpose of my post is NOT to instill fear, I do feel that you need to know. If indeed there is a terrorist attack (or attacks) on the U.S. during this upcoming holiday period, I believe that they will very likely trigger additional ‘domino’ events which will affect our lives for a very long time.

(Comment with your own opinion of potential side-effects following an attack.)
I suggest that in light of the very real threat, to check and be sure you’re up-to-date with your preparedness as best you can. If you will be traveling this Thanksgiving, be sure to keep a 72-hour kit of sorts inside your vehicle. Keep your gas tank full. If you’re out in public, and you have a legal right to do so in your region – consider exercising your right to carry… Stay up to date with news and events.

Perhaps (hopefully) NOTHING will happen. With that said, I have a ‘feeling’…

Here is the video interview which inspired this post: