As of this writing, North Korea intends to launch another Unha-3 rocket, or a larger and more efficient version in a launch window falling between 8 – 25 February.  This launch follows on the heels of a nuclear test conducted by North Korea on January 6, 2016, and the claim by Kim Jung-Un that the bomb was a hydrogen bomb.  The MSM pundits and their positivist quacking “experts” all state the bomb was not a hydrogen bomb; however, experts such as Peter V. Pry disagree. 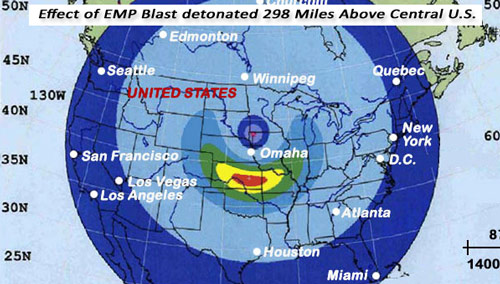 What was discussed by Dr. Pry was the intentionally low-yield weapon test that would have been optimal for a miniaturized EMP (Electromagnetic Pulse) device, that range being 5-10 kilotons.  I have cited Dr. Pry’s work in previous articles and am thoroughly convinced of both his professionalism and his expertise.  While the North Koreans claim this launch to be for the purpose of emplacing an earth observation satellite, there are differences in the rocket that satellite images have picked up.  The images revealed a gantry that differs in size and design from previous Unha-3 launches.  The latest attribution is that the rocket may be a Unha-9, the newest North Korean design that may include an 80-ton rocket booster.

The booster has been accomplished with the help of the Iranians.  The U.S. Treasury department announced sanctions after proving that Iranians had been traveling to Pyongyang and indeed worked on such a project.  In addition, this new launch has concealment procedures not used before by North Korea, such as a mobile sub-surface rail system to transport the missile directly to the gantry unobserved.  The launch pad itself is shielded from view.

Let us return to Dr. Pry, who explained the details of the reality of just how far along North Korea truly is, as he wrote:

Any nuclear weapon detonated above an altitude of 30 kilometers will generate an electromagnetic pulse that will destroy electronics and could collapse the electric power grid and other critical infrastructures – communications, transportation, banking and finance, food and water – that sustain modern civilization and the lives of 300 million Americans.  All could be destroyed by a single nuclear weapon making an EMP attack.

A Super-EMP attack on the United States would cause much more and much deeper damage than a primitive nuclear weapon…North Korean nuclear tests look suspiciously like a Super-EMP weapon. A Super-EMP warhead would have a low yield, like the North Korean device, because it is not designed to create a big explosion, but to convert its energy into gamma rays, that generate the EMP effect.

Reportedly South Korean military intelligence concluded, independent of the EMP Commission, that Russian scientists are in North Korea helping develop a Super-EMP warhead. In 2012, a military commentator for the People’s Republic of China stated that North Korea has Super-EMP nuclear warheads.  A Super-EMP warhead would not weigh much, and could probably be delivered by North Korea’s ICBM.  The missile does not have to be accurate, as the EMP field is so large that detonating anywhere over the United States would have catastrophic consequences.

Could you survive after an EMP attack? Would you be able to sustain your loved ones when all hell brakes loose?In this video, I will unearth a long-forgotten secret that helped our ancestors survive famines, wars, economic crises, diseases, droughts, and anything else life threw at them… a secret that will help you do the same for your loved ones when America crumbles into the ground.I’m also going to share with you three old lessons that will ensure your children will be well fed when others are rummaging through garbage bins. Click here to learn all about the 3 skills that will help you thrive in any crises situation.

So, as of Dec. 12, North Korea’s successful orbit of a satellite demonstrates its ability to make an EMP attack against the United States – right now.”

Please take note of the fact that Dr. Pry wrote the article in 2012.  Since then we have seen the North Koreans actually emplace a satellite into permanent orbit.  Now in addition to all of this, I found this interesting site for your approval, with the “How Stuff Works” site.  The article (with corresponding diagrams) is entitled How E-Bombs Work.

The article will give you some great information on how the Compton effect works, as well as detailing Non-nuclear EMP weapons.  As the article will show, it is not necessary to detonate a 20 megaton warhead to obtain the desired effect, nor rain down a succession of warheads to blanket the target country.  As Dr. Pry explained, the technology to reduce the EMP effect’s delivery vehicle is neither complex nor expensive.  The North Koreans already have one satellite in place, and it is not known whether or not such technology has been incorporated into it for use at a future time. 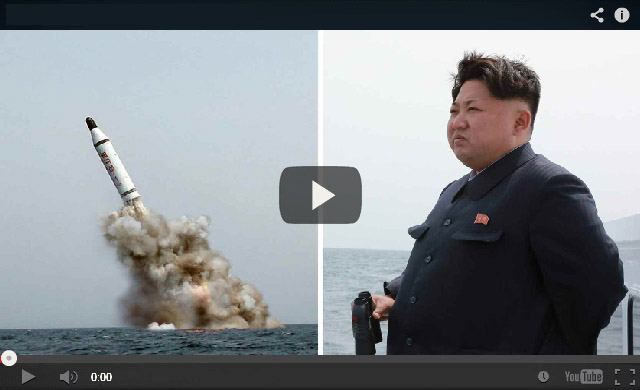 As of this writing, the Japanese government is on the alert, apparently with the Aegis anti-missile system coming into play.  The South Koreans have warned North Korea of “searing” consequences should the launch take place.  The interesting thing to note is that China is being very noncommittal in condemning North Korea’s planned launch.  The Chinese Foreign Ministry Spokesman Lu Kang said this at a news conference:

Another point of interest is that on Sunday, January 31, 2016, Japanese fighter planes were scrambled to intercept two Chinese military aircraft, Shaanxi X-9’s, cargo transport planes that went into both South Korean and Japanese airspace.  This at a time when the Senkaku island dispute between Japan and China is far from over.  In essence, China wishes to appear to be advising restraint while applauding the North Koreans behind the curtain and blustering with their own maneuvers.

In addition to this, while condemning North Korea publicly, Vladimir Putin and Kim Jung-Un reaffirmed their ties of friendship and cooperation in 2015.  This included the transport of 250,000 tons of Russian bituminous coal through the North Korean city of Rajin to South Korea.

The Nyongbyon nuclear complex in North Korea is still producing both highly enriched uranium as well as plutonium.  The scientists in this facility are conducting tests and upgrades to improve the quality and increase the quantity of North Korea’s nuclear weapons.  The Koreans claim this newest launch to be a satellite launch, and indeed, this may be true…but the satellite may contain a miniaturized, Super EMP weapon of the type characterized earlier by Dr. Pry.  In addition, North Korea is going to celebrate the birthday of Kim Jong-Il on February 16, which coincidentally falls right in that announced launch window.

History has shown us in the past that auspicious dates and important events are usually made to coincide with one another deliberately.  Perhaps there will be no need for a candle on the birthday cake of the deceased Jong-Il.  Instead of blowing out the candles, maybe Kim Jong-Un will huff and puff and blow out the lights and power of the United States with an “EMP-candle,” with this latest launch.  We all need to take it seriously.  Regarding any type of potential threat of this magnitude, it is better to prepare and be wrong 364 ¼ days than to not prepare and be right for one day.