This article first appeared on urbansurvivalsite.com 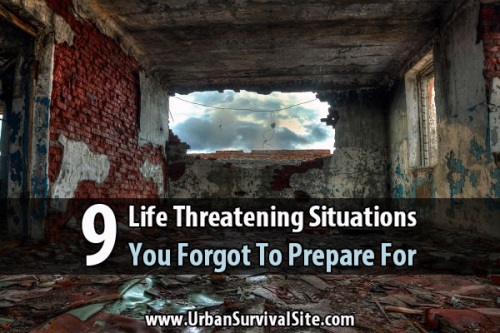 In any disaster, you’re likely to face unusual situations that never occurred to you before. And when that happens, you might find out you’re not as prepared as you thought you were. Even diehard survivalists can be caught off guard. So in this article, we’re going to look at a few examples of unexpected things that could happen after the SHTF.

9 Life Threatening Situations You Forgot To Prepare For

1. Looters Imitate The Police – This is a bigger threat than most people realize. All preppers are aware that looters, burglars, and mobs will be out in full force, searching (and killing) for supplies in urban and suburban areas. That’s one reason preppers invest in guns, ammo, and other defensive measures. But many preppers don’t realize that these looters will have a few tricks up their sleeves… and one of those tricks will be to pose as law enforcement while wearing convincing uniforms. Doing this makes it easier for them to prey on the weak and vulnerable. Never let your guard down, even around the police.

2. The Government Confiscates Your Guns – If you really don’t think the state or local government will try to take your guns during a disaster, tell it to the poor folks who endured Hurricane Katrina. Thousands of guns were forcefully confiscated from citizens without due process when Katrina hit, effectively converting those citizens into victims for the dangerous looters who terrorized them. Fortunately, there’s a chance the government won’t know about any guns you have that were privately purchased or handed down to you from a family member. You could also try to hide them.

3. You Get Sick From All The Garbage – Today, we take sanitation services such as garbage disposal, soap, hand sanitizer, toilet paper, and running water for granted. However, an arguably greater threat than looters will 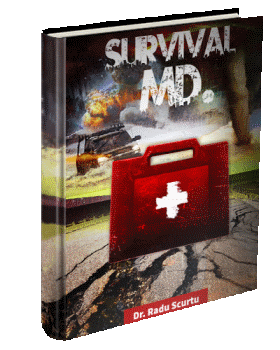 be the lack of sanitation after the SHTF. Rotting garbage will be covering the ground and spreading disease to anyone who handles it (such as people who are desperately searching for supplies). Soap and sanitizer will become precious commodities, and the water either won’t be running or won’t be clean. So make sure you have plenty of sanitation supplies on hand along with two gallons of water per person per day (in addition to a water filter).

4. You Get Hit By a Stray Bullet – Urban and suburban neighborhoods stand a good chance of becoming war zones in an SHTF situation, and yet the overwhelming majority of those homes will be poorly fortified. In fact, you might not even be in the middle of a shootout and still be struck by a stray bullet even in your own home. Most bullets, including the little .22 LR, can still punch through walls and kill somebody. Avert this danger by investing in sandbags so you can barricade your windows, and consider replacing your wooden doors with steel ones.

5. You Bug Out to the Wild and Can’t Find Any Food – Many newbie preppers think that if a disaster happens, they can bug out the wild and live off the land by foraging for edible plants, fishing in streams, and hunting small game. But here’s the reality: There will be a LOT of people doing the exact same thing. There simply aren’t enough animals and natural resources to sustain all those people for so long, which is why you need to stockpile and grow your own food. Don’t forget that all of those people will be highly competitive as well.

6. You Get Shot By a Landowner – Let’s say you haven’t grown or stockpiled your own food, so you’re forced to hunt or forage in the wood. As I said in the last example, this probably won’t go well since the land will likely be picked clean. But another reason it won’t go well is because of whoever owns the land. Armed farmers, ranchers, and landowners alike will all be working hard to keep people off their property, including you. Make sure you know where you are and whose land you’re on. If you do have to bug out, here are some places you can go.

7. You End Up Alone – If you have a family of your own, this one may not apply to you. But it’s still important to talk about. Many preppers figure they can survive as a crafty loner. After all, surviving alone requires less food and supplies than a group. But here’s the truth: In the earliest days of human history, even the most primitive people banded together to survive. If you’re by yourself, it’s impossible to do everything on your own–finding food, preparing it, patrolling the area, sleeping, maintaining heat sources, among other priorities. With a group, you may have more mouths to feed, but you can still keep 24/7 operations up and running.

8. Your Neighbors Turn On You – Wait a minute, your neighbors will be a threat in a disaster? Hopefully they won’t, but it’s a very real possibility. Regardless of whether you live in an urban or rural environment, if word spreads that you’re a prepper with a goldmine of supplies, there’s the risk that your desperate neighbors will turn on you and take everything you have. You can avoid this by keeping your prepping activities a secret, or by coordinating with your neighbors to voluntarily share resources and manpower. Here’s what to do if your neighbors find out you’re a prepper.

9. You Have a Mental Breakdown – You might think you’re tough now, but if you’re facing the end of the world as we know it, you might find out you’re not as tough as you thought. Most people don’t realize just how unraveled they can become when disaster strikes. The more insecure you become, the more likely you are to make dangerous mistakes that could get you killed. So while things are still okay, learn how to stay calm during a disaster.