It is common gardening knowledge that your crops should be as pristine as possible. Signs of weeds or garden pests is an ill omen for everybody that has his heart set on keeping a prize-winning garden. 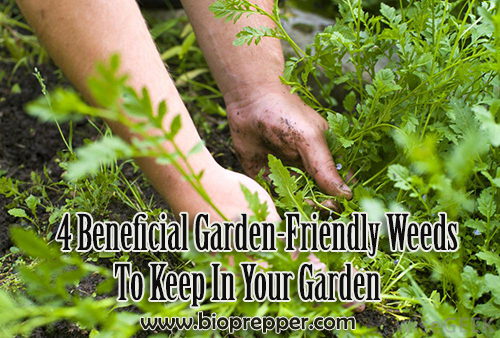 If any of these show up, most people will go into destroyer-mode and deal with the problem as aggressively as possible, removing anything that they feel doesn’t belong amongst their crops. As far as garden pests are concerned, there’s no restriction, go as “trigger-happy” as you see fit. But in time, I and others grew to understand that some of the plants that tend to grow randomly amongst our crops aren’t all bad; in fact, some of them have a lot of beneficial effects to whatever it is you might be growing. Removing the wrong weeds will affect your plants in a negative way.

4 Beneficial Garden-Friendly Weeds To Keep In Your Garden

IF weeds tend to grow aggressively, endangering your crops, you should thin out their numbers. It’s a proven fact that when they grow too large in numbers, they will become direct competitors with your plants for nutrients. But keeping a small portion of the right weeds in place will have its upsides, like:

Some weeds are more beneficial than others. Let’s have a look at the most garden-friendly weeds you absolutely shouldn’t remove from your garden: 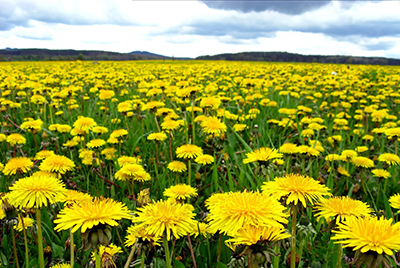 This apparently fragile plant is one of the most adaptable weeds in the world. It can randomly spawn in both lawns and gardens alike. They are most prolific on hard-pan clay soils. If you want to get as much “profit” from the dandelions as possible, you should let them grow and die, let them go full circle. They do tend to spread quite a bit so things will get a bit messy. In order to keep the garden as tidy as possible, you’ll have to cut the leaves back monthly and let them decompose on their own; you can take garden cleanliness a step further if you wish, and tuck the leaves under the mulch. Leave the root be; it will either regrow an adult plants or decompose, releasing vital nutrients into the soil. They are a regular “nutrient-tank”, absorbing and releasing into the soil important minerals and substances, like potassium, phosphorus, calcium, copper, iron, magnesium, and silicon. They accumulate organic matter into their roots, which alongside flowers, can be eaten to cure various ailments (indigestion, high blood pressure, cholesterol, inflammation etc.). 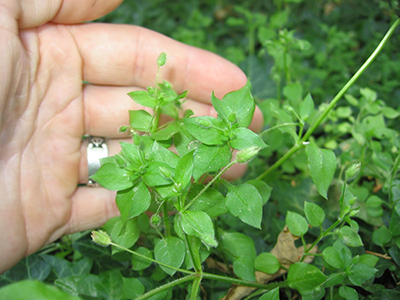 This tiny plant is common to highly tilled areas and garden beds and is an excellent indicator for low fertility.  Chickweed has similar traits to the dandelion as far as garden-life is concerned. They should be left alone, to grow and die on their own, if you wish to get optimal results from their presence. The leaves will fall on the soil and will decompose. Leave them be, or tuck them under the mulch for a tidier look (it’s up to you). Upon death and decay, they will release important amounts of phosphorus and potassium into the soil. Its green parts are edible, nutritious and have medicinal properties: appetite depressant, demulcent, anti-inflammatory, laxative and anti-cancerous. 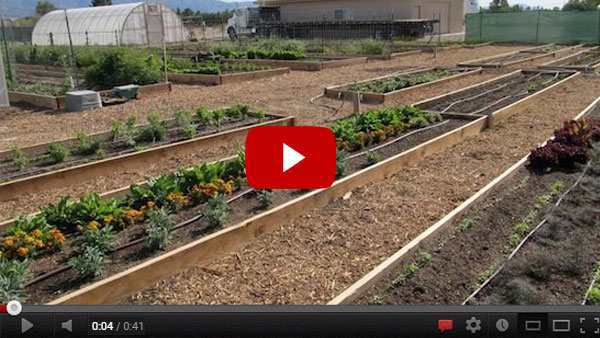 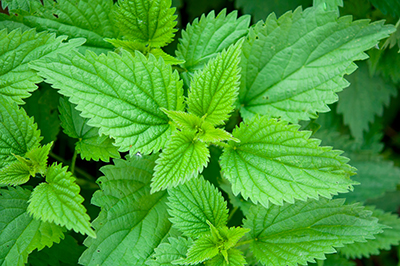 Stinging nettles are common to almost every garden set in a mild or moderate climate. They grow and spread rapidly and their leaves are covered with microscopic hair that inject a toxic substance into hostile animals that might try to eat the plant. If left to its lifecycle, this tiny stinging plant makes a great fertilizer for your garden, as well as it can offer shelter for a lot of beneficial insects, like bees. It grows in association with mint tomato and broccoli, who will benefit a lot of the nutrients the nettles release into the soil, like: calcium, magnesium and zinc, but also vitamins B and C. Despite the stinging, most the plant is edible if blanched or boiled. It has a lot of medicinal purposes, like treating bronchitis, coughs, arthritis, asthma, allergies and more. 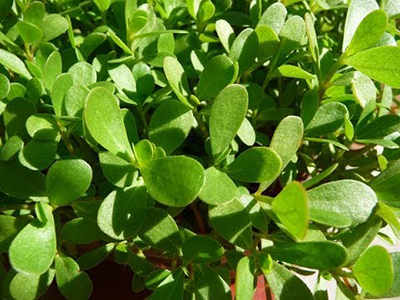 The purslane is common garden weed which is very rich in nutrients. It grows in association with corn, tomatoes and peppers and contains iron, magnesium, calcium, potassium, essential vitamins (A, C and E) and also important doses of Omega-3 fatty acids. There’s no other leafy plant that has larger quantities of Omega-3, which reduces cholesterol, helps treat rheumatoid arthritis, ADHD, Alzheimer’s, dementia, depression and more. It’s not a pretty plant to look at, so it will stand out, especially if you have decorative plants in its vicinity. It can be eaten as salad, stir-fried or even cooked the same way as spinach.

Garden weeds aren’t all bad, and even the ones that seem “beyond redemption” might have their uses; just look into it, do a little research and you’ll find out whether the tiny plants that are growing randomly in your garden should be whipped out completely or kept in check. Before removing anything completely, educate yourself in the matter and decide for yourself whether you need the little “garden helpers” around or not.