We’ve had a lot to say about the EMP threat on this site, and if you’ve been keeping up with it you’re probably more than a bit worried about the consequences of this kind of attack. So you should be; EMP weapons have, in a worst-case scenario, the potential to take the entire USA back to a 19th-century technology base in a matter of minutes. It’s a different type of destruction from what was threatened during the nuclear stand-off of the Cold War, but it’s just as severe. 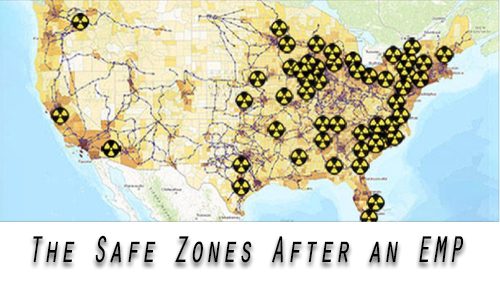 The ugly truth is that it’s also a lot more likely to happen. During the Cold War only one nation – the USSR – was capable of destroying the USA with its nuclear arsenal, and the fact is they were never likely to try. It might be hard to believe, but the Soviets were at least as scared as us as we were of them, and considering Russia’s history of being invaded they might have been even more scared. They also knew that, while they could destroy the USA, the USA was equally capable of destroying them. Two other countries could have inflicted enough damage on us that the inevitable US victory would have been a pretty hollow one, but as the UK is our closest ally and France isn’t actually hostile, their weapons were never going to be pointed at us anyway.

Related: You Will Not Survive an EMP Strike Without This

The Safe Zones After an EMP

The New Threat is Worse

It’s all different with EMP. While the technology is beyond a terrorist group, it’s easily within reach of quite a few rogue states. All you need is a fairly crude rocket and a nuclear weapon. You don’t need a sophisticated guidance system that can drop the weapon onto a football field from half a world away, like a US or British Trident II missile can; as long as you can lob it up past the atmosphere and into a patch of sky a couple of hundred miles wide, that’s close enough.

Unfortunately for us, some very unfriendly nations can do that. North Korea is one of them – and many people believe they already have two nuclear weapons in orbit that could be used in an EMP attack. Iran is, at most, a few years away from having the capability to detonate a nuke high above the USA. Pakistan has it already, which is a worry if its government goes full islamist or is overthrown by an extremist group. A dozen other countries around the world have SCUD-class ballistic missiles that could be upgraded enough to do the job, then fitted with a nuclear warhead. Of course, any of the main nuclear powers – Britain, France, China, India, Israel and of course Russia – could saturate the sky above the USA with EMP bursts if they wanted to.

Related: Nuclear Protection Supplies You Need To Have Ready

Where Can You Hide?

So the threat is real, and not remote. In the 1970s and 80s, preppers – survivalists in the language of the time – moved their families away from major cities and likely targets to protect themselves against a much less likely threat. Where should you be if you want to be least exposed to the dangers of an EMP attack?

Well, here’s the bad news: It’s a lot harder than finding a place that won’t get nuked. The Cold War reality was that if you lived more than ten miles from the nearest nuclear target you were probably going to get through the initial attack with nothing worse than broken windows. The real danger came from fallout, and if you were prepared you could survive that.

RELATED: LIGHTS OFF: HOW THE WORLD COULD CHANGE IN 7 DAYS

The effects of an EMP weapon cover a much wider area. In fact a single large weapon detonated 250 miles above Kansas would affect the entire continental USA, although the effects would be most intense and damaging in a circle about 800 miles across centered below the detonation. If North Korea really does have two nuclear-armed satellites in orbit, the obvious places to detonate them would be over the northeast and southwest corners of CONUS; that would take out the government and New York’s financial markets, as well as Silicon Valley – but the effects of the weapons would cause massive damage across most of the 48 contiguous states.

And that’s just two weapons. What if the attacker could put 20 weapons into the sky above the USA? Or 200 weapons? Russia could easily hit us with two thousand EMP bursts; that would saturate the entire country with an intense enough pulse to fry every piece of unprotected electronics in America.

So, unlike a straightforward nuclear attack, there’s nowhere in the USA that’s outside the range of the weapons’ effects. If you want your electrical and electronic gear to survive you’re going to have to store it properly, disconnected and in a sealed Faraday cage. It’s no good moving to rural Montana and assuming you’re far enough away from the targets to survive. 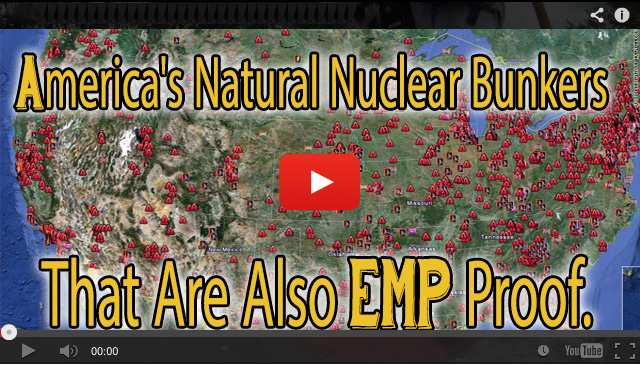 It’s Not the Attack That Will Kill You

Maybe you can’t escape the effects of an EMP attack, but if you pick the right place you can escape most of the chaos that will follow. EMP weapons don’t kill directly, the casualties will come from the collapse of our infrastructure and the social breakdown that follows. Infrastructure is going to fail everywhere, of course, but that doesn’t mean everywhere will be equally badly affected.

In the aftermath of an EMP, the worst place to be is a major city. Firstly, city dwellers are more dependent on technology than rural folks, so the attack will hit their lives the hardest. Grocery stores won’t be getting any more deliveries with the roads choked by dead vehicles, so food will run out in days. Water supplies won’t even last that long, as treatment plants and pumping stations fail. All power will go, leaving the cities without heat and light. The emergency services will be crippled. Rioting and fires will spread out of control, hospitals will collapse under the twin pressures of mass casualties and failed systems, disease will quickly run out of control, and within days most of the survivors will be dispersing into the surrounding countryside. Few of them will get very far.

In a rural area you’ll still lose any electronics that weren’t shielded from the pulse, but the loss of technology won’t hit the rest of your life so hard. You probably already grow some food yourself, or have the space to do it. In any case, local farms will still have food; they just won’t be able to ship it to the cities. Your water treatment plant will probably fail, but you’ll still have access to water – if not from the taps then from rivers, springs or lakes. As long as you can treat it yourself (and that’s not hard) you’ll be fine.

Most of all, in a rural area you won’t be surrounded by a frightened, angry mob. Population density is a lot lower, and the people are more self-reliant. That, right there, takes away the biggest threat to the lives of you and your family.

There’s another risk that needs to be considered, though – nuclear power plants. We’ve already seen that many of these will fail in an EMP attack, when their cooling systems are crippled and the reactors explode and burn. The low-level fallout from these reactor explosions will probably cover most of the country, but if you’re more than a few miles from the reactor itself you’re not in any serious danger. Stay out of a ten-mile circle around any nuclear power plant.

City Life Will Kill You

So, when it comes to an EMP attack, there’s no place in the continental USA that’s safe from the effects of the weapons – but there are places where the aftermath will be much less severe. In fact, this zone of relative safety covers most of the country. Stay away from cities, large towns and nuclear power plants, settle in a small community, and be as self-reliant as you can. Do that and an EMP attack will still change your life forever, but it probably isn’t going to kill you.

Top 5 Dangerous Places to Be When An EMP Takes Place

Deadly Reliance on Tech: “If Internet Goes Down… Preppers Will Be Last Ones Standing”

Why A North Korean EMP Is Far From Fantasy

The Question Is Not ”If” But ”When”: How The World Would Look Like When The Grid Goes Down

What Happens to Nuclear Power Plants Following an EMP?

EASY CELLAR-AMERICA’S NATURAL NUCLEAR BUNKERS: FIND THE CLOSEST ONE TO YOUR HOME
THE LOST WAYS 2-This lost super-food will bulletproof you against any food shortage or famine
BLACKOUT USA-EMP survival and preparedness guide
DIY HOME ENERGY-Follow the step-by-step guide from A to Z and you will have a working system to reduce your electricity bills and save energy
MY SURVIVAL FARM-This hidden survival garden will keep you well fed when SHTF
MEAT FOR LIFE -THE REAL HOMEMADE AND HEALTHY MEATY TREATS OUR GRANDPARENTS USED TO MAKE…