Nothing says late summer like a farmers market, where a cornucopia of produce overflows to delight the taste buds and other senses — juicy tomatoes and peaches bursting with flavor, leafy greens packed with vitamins, sweet corn and peppers and cucumbers and early apples, home-baked breads and organically  produced meat and eggs and dairy products.

In cities across the country, the end of summer brings throngs to the revived urban famers markets that have become part of the quality of life of many neighborhoods. 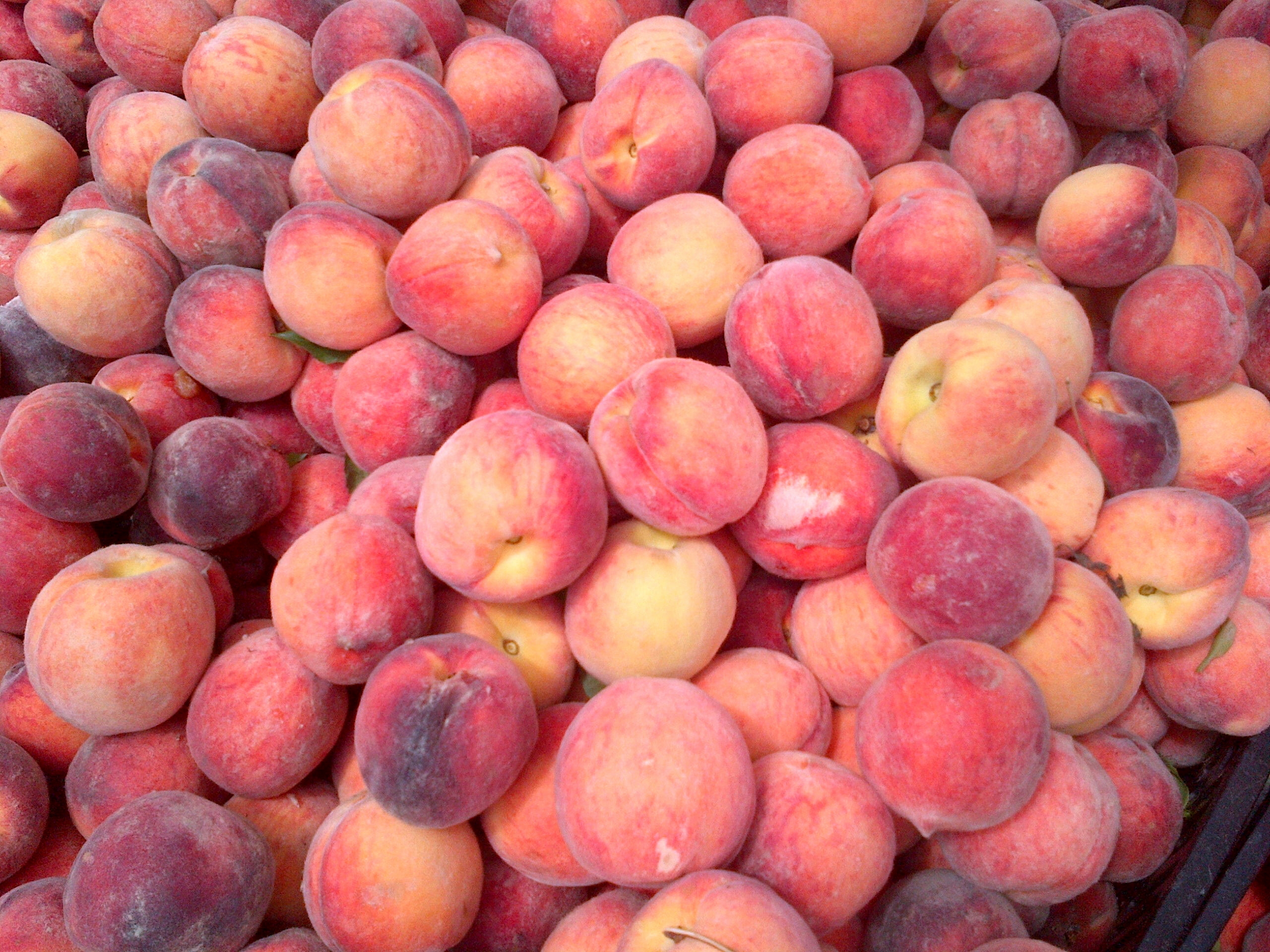 Peaches at a New York City farmers market. Photo by Adrian Benepe.
Farmers markets were the commercial and social centerpiece of many towns and cities centuries ago, and have been revived in ways that are providing benefits to communities.  Research conducted by the USDA indicate that the number of markets in the U.S. has more than quadrupled over the last two decades, from 1,755 in 1994 to over 8,000 today.  Furthermore, according to the Farmers Market Coalition (FMC), more than 3 million consumers shop and buy from more than 70,000 farmers at these markets annually, generating more than $1.5 billion in sales every year.

While many farmers markets are new, some go back decades, even a century or more.  The nation’s first farmers market was said to be in Boston in 1634, and there has been, with only a few decades absence, a public market in Carlisle, Pa., since 1751.  In the Pacific Northwest, the Pike Place farmers market has been a focal point of Seattle’s downtown since 1907. Chicago is host dozens of farmers markets,  as is Los Angeles, where the Grand Central Market downtown has been selling fruits and vegetables since 1917.  Likewise, San Francisco neighborhoods sprout local farmers markets: at the city’s Ferry Building, a Saturday farmers market operated by the Center for Urban Education about Sustainable Agriculture (CUESA) draws top-level chefs among its thousands of shoppers.

The FMC cites a “triple bottom line” for markets:

In many cities, the town square is in fact just that, a park or park edge where the markets set up for the day, recreating the ambiance of the European square.  But there is a fourth major benefit:  farmers who can sell directly to consumers, bypassing the “middle man,” can afford to keep farming and sometimes expanding their land, preserving open space around cities and in suburban and rural areas.

In New York City, for example, there are 54 markets that are part of the Greenmarket system sponsored by the non-profit organization GrowNYC (and started by the author’s father, Barry Benepe and his colleague Robert Lewis in 1976).  In the system’s busiest market, which sets up in Union Square Park four days a week, year-round, scores of producers sell fruits and vegetables, meat and wool, baked goods, cider, wine and preserves, attracting huge crowds of consumers and the chefs from celebrated restaurants.  More than 230 family farms and fishermen participate, protecting over 30,000 acres from development.

In Seattle, the markets of the Neighborhood Farmers Market Alliance support almost 10,000 acres of farmland, according to the FMC.

But it can sometimes take more than direct sales to consumers for family farms to survive.  Occasionally, land conservation organizations must step in to help save the farms and preserve open space.  The Trust for Public Land, for example, has helped to save more than 38,000 acres of farms across the country , either by purchasing land outright or by purchasing easements that require that the land stay undeveloped and in cultivation.

In Bolton, Massachusetts, west of Boston, two family farms that had been cultivated since colonial times were saved when the Trust for Public Land, working with the Bolton Conservation Trust, town of Bolton, and the State, negotiated agreements to purchase Agricultural Preservation Restrictions (APR) over both properties and then helped raise nearly $4 million to purchase the APRs.

So go ahead — bite into that ripe peach.  And while you’re enjoying the taste of summer, remember that  by shopping at farmers markets, consumers can know they are getting the freshest produce, and helping to preserve nearly four centuries of farming tradition, while also making sure that open space is preserved around the nation.

Written by: huffingtonpost.com on September 4, 2013.
Last revised by: