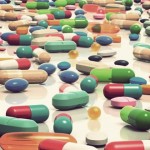 It is crucial to avoid GMO sources of any kind. Highly toxic, GMOs are associated with the development of deadly diseases in animals, including endocrine disorders, digestive diseases, immune dysfunction, and cancer. Most of the studies showing poisonous effects have been feeding studies in animals, where the test animals were fed either GMO-tainted corn or soy, usually from Monsanto. In some cases such toxins induced the visible growth of tumors, often of monstrous size. In others infertility was the result, including permanent sterility of the generations.

Sterility? Are GMOs a means of population control? Bill Gates, a major proponent of genocidal policies, is a major buyer of Monsanto stock. He further supports vaccinations which are questionable.

There are numerous sources of GMOs besides foods. These sources include drugs and, incredibly, nutritional supplements. Within nutritional supplements one of the most insidious sources is the vitamins themselves. Prominent in this regard are ascorbic acid and vitamin E, both of which are routinely from genetically modified sources and thus, are, extensively tainted with GMOs. Another noxious source is lecithin which, like vitamin E, is derived from the highly toxic GMO-corrupted soybean. Of course, the GM source for ascorbic acid or vitamin C is corn, that extensively corrupt material made by Monsanto and others.  98% of corn crops are GMO tainted.

A list of additives and vitamins in common nutritional supplements, as well as foods, that are likely GMO are:

It can be readily seen that most supplements contain such additives, fillers, sugars, and vitamins. These components are just as toxic as the GMOs in foods and in some cases more toxic because they act as concentrates.

Regarding the source of vitamin C (ascorbic acid) and vitamin E (alpha tocopherol) see the following:

“Nearly 90% of all the vitamin C is made in China from GMO corn. In fact China is now the world’s leader in Vitamin C production.”

The toxicity is undeniable.

The following case histories demonstrate the harm that is being caused by these noxious supplement components:

Case History Ms. G. is a 30-year old woman who suffers from a variety of disorders caused by root canals. She was under care of a nutritionist for various health issues, who put her exclusively on non-GMO supplements (made by North American Herb & Spice). Her dentist insisted that she take ascorbic acid and also taking high-dose ascorbic acid by IV. The nutritionist warned her against this because of his experience with the toxicity of GMOs. She succumbed to the dentist’s commands and took the GMO ascorbic acid therapy. As a result, she broke out rapidly thereafter with massive amounts of highly painful canker sores all throughout mouth and throat, even extending onto the lips. Consider this: if it was that widespread, that means she had a reaction likely throughout the inside of her body as well, possibly all along the intestinal canal.

Case History Ms. S. a 58-year old woman, is a big supplement taker, who normally has good digestion and no intestinal complaints. However, she began developing a disorder in her intestines which she described as being “on fire”, with a kind of “pins and needles” inflammation sensation. This was highly irritating. After reviewing her issues her nutritionist determined that she was taking several supplements with GMO-tainted ascorbic acid. All such supplements were eliminated from her diet. Instead, she was given a purely-natural vitamin C whole food source made with camu camu, rose hips, and Rhus coriaria, both of which are wild sourced. As a result, all of the symptoms in her intestinal system disappeared over a two week period.

Case History A 50-year old man was excited about a new low-calorie food bar made with coconut oil and soy protein, sweetened with aspartame. As a meal replacement, he ate two per day. Within two days his entire mouth became so massively inflamed that he couldn’t eat. He essentially starved for three days until the pain receded sufficiently to be able to eat again. It took two weeks for the pain, as well as numerous canker sores, to recede. The source of the massive inflammation and canker sore formation was regarded as the combined toxicity of the soy protein plus aspartame.

Therefore, for good health and the avoidance of dire reactions, as well as disease, GMO-tainted supplement additives and vitamins must be strictly avoided. That is frequently difficult, since sources of high quality GMO/additive free supplements are few. Yet, what does this demonstrate about the supplement industry? It surely indicates that those who are fastidious about non-GMO and who takes every precaution to avoid them in their supplements are the companies which must be admired and supported. While these companies are limited, the ones that nodisinfo.com could find which are exclusively non-GMO are as follows. Such companies are rare and are deemed by this Website as the highest in quality, Grade-A.

Truly, these companies are rare. In interviewing a number of health food stores on incredible fact was found: these stores confirmed that there are only a few, less than five, where every supplement they make is non-GMO. The finding will shock most supplement buyers. The following companies are Grade-A where all of the supplements they produced are guaranteed free of GMOs:

We could find only these two, the criteria, again, being that all their supplements are free of GMOs. If any of the readers can find others, do post them, here.

A list of companies which have obvious GMOs in their supplements includes: