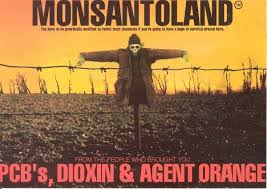 Monsanto has contributed $4.6 million to fight Initiative 522, the measure on this fall’s ballot that would require labeling of genetically engineered foods sold at retail.

The contribution, reported Monday to the state’s Public Disclosure Commission, was made last week and brings the opposition’s war chest to $7.8 million.

Monsanto, a major seller of seeds for genetically engineered crops, was the largest donor fighting a similar labeling measure in California last year.

The anti-labeling campaign in California raised $44 million and defeated the labeling proposition, whose supporters had raised $9 million.

So far in Washington, the pro-labeling campaign has raised $3.3 million. The largest donation is $950,000 from Dr. Bronner’s Magic Soaps.

The measure is also backed by PCC Natural Markets, Clif Bar and Stonyfield Farm, among others.

I-522 supporter and Ben & Jerry’s Ice Cream co-founder Jerry Greenfield is making appearances in Seattle Tuesday through Saturday to talk about the issue.