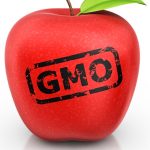 In May 2013, two million people in over 50 countries expressed outrage over  Monsanto’s desire to own the food supply through genetically-altered (and  patented) seeds that threaten all life on this planet. Genetically modified  organisms (GMOs) are when a plant or animal has been genetically engineered with  DNA from bacteria, viruses or other plants and animals. Whether you like it or  not, you are eating genetically manipulated food without your  consent.

Henry Kissinger once said, ‘Who controls the food supply  controls the people…’ This comment plus many other dark and sinister ideas  come from control hungry, greedy and, often times, dangerous people and  corporations.

Monsanto, the most hated corporation in the world, has a deceptive message  for you

Generally speaking, many of the biggest bio-tech companies in  the world would have us believe that GMOs are ‘perfectly safe’ and designed to  ‘more efficiently’ feed the world. But, GMOs do not generate greater yields;  effectively resist drought conditions; have greater nutritional value or any  other consumer benefit.

In fact, a growing body of evidence connects GMOs  with health problems, environmental damage and violation of farmers’ and  consumers’ rights. The unforeseen consequences of altering the natural growth  cycle of our food may be  staggering. The following is just a sample of what the experts  say:

“The process of genetic engineering always involves the risk of  altering the genetics and cellular functioning of a food organism in  unanticipated ways. These unanticipated alterations can result in GE foods being  allergenic, toxic, or reduced in nutritional value”. – Professor John Fagan,  award-winning Geneticist, Maharishi University of Management, Iowa,  USA.

Back in 1998, Bob Shapiro (the eventual CEO of Monsanto)  even admitted that the effects of GMOs are unknown when he said:

“But  we realize that with any new and powerful technology with unknown, and to some  degree unknowable – by definition – effects, then there necessarily will be an  appropriate level at least, and maybe even more than that, of public debate and  public interest.”

Since its inception, Professor Richard Lacey, a  microbiologist, medical doctor, and Professor of Food Safety at Leeds University  has been strongly against the introduction of genetically engineered foods  because of the health risks. Professor Lacey make an important  point:

“The fact is, it is virtually impossible to even conceive of a  testing procedure to assess the health effects of genetically engineered foods  when introduced into the food chain, nor is there any valid nutritional or  public interest reason for their introduction.”

Discover the secret  agenda of Monsanto and how this major chemical company has deceived the world  with its genetically engineered seeds. Learn how to stop the most hated  corporation in the world from owning (and poisoning) the food supply – before  it’s too late.

The facts are undeniable – science has proven that eating GMOs can cause cancer tumors,  infertility and birth defects.

In the United States, the Food and Drug  Administration – which is supposed to protect the public from unsafe foods and  drugs – is being run by ex-Monsanto executives. Can you say ‘conflict of  interest’?

The U.S. government refuses to conduct long-term research on  the effects of GMOs on human health.

The U.S. Congress and president have  approved the (nicknamed) Monsanto Protection Act which bans the courts  from stopping the sale of Monsanto’s genetically-modified seeds. This, alone,  proves how little politicians care about you and me.

In truth, most  lawmakers care more about corporate interest and getting re-elected with the  help of corporate campaign contributions (payoffs), than human health  concerns.

Organic farmers suffer to make a living, while Monsanto and  other bio-tech companies receive corporate handouts and political  favors.

Written by: Jonathan Landsman on September 15, 2013.
Last revised by: