How you can avoid BPA, mercury, pesticides and more chemicals in your food. 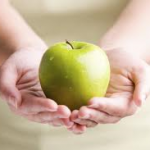 I still remember the sentence I read nearly a year ago that catapulted me from carefree foodie to chemical-cautious health nut. I was perusing the landmark 2010 report by the President’s Cancer Panel (a group The New York Times has called “the mission control of mainstream scientific and medical thinking”) and there it was: “The incidence of some cancers, including some most common among children, is increasing for unexplained reasons.” I kept reading: breast cancer rates among Americans are among the highest in the world. And then: “Only a few hundred of the more than 80,000 chemicals in use in the United States have been tested for safety.” I was floored. I was also pregnant—which, I knew, meant that the toxins that were sneaking into my body were also invading my child’s. Suddenly, I saw a lot of trips to the farmers’ market in my future.

Even though some experts downplayed the report, I became nervous. In our daily lives, most of us don’t come into regular contact with every industrial chemical out there but many do end up in our food and water. Chemicals linked not only with cancer but also heart disease, obesity, diabetes and infertility leach into our leftovers from plastic storage containers, linger on our produce and seep into our water via runoff from farms and golf courses. And then they get into our bodies.

In fact, research shows that potentially harmful compounds, including polychlorinated biphenyls (PCBs), bisphenol A (BPA) and phthalates, course through the bodies of virtually every American—including more than 99 percent of pregnant women, according to a recent analysis. Also concerning: in a 2011 University of California, Berkeley, study published in Environmental Health Perspectives, pregnant women who had high levels of organophosphate pesticides had children who scored lower on IQ tests years later. (Organophosphates are synthetic pesticides linked with neurological problems, among other health conditions.)

Written by: Melinda Wenner Moyer on September 16, 2013.
Last revised by: