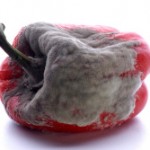 If wasted food became its own pungent country, it would be the world’s third biggest contributor to climate change.

The United Nations Food and Agriculture Organization had previously determined that roughly one-third of food is wasted around the world. Now it has used those figures to calculate the environmental impacts of farming food that is never eaten, along with the climate-changing effects of the methane that escapes from food as it rots.

Without accounting for [greenhouse gas] emissions from land use change, the carbon footprint of food produced and not eaten is estimated to 3.3 Gtonnes of CO2 equivalent: as such, food wastage ranks as the third top emitter after USA and China. Globally, the blue water footprint (i.e. the consumption of surface and groundwater resources) of food wastage is about 250 km3, which is equivalent to the annual water discharge of the Volga River, or three times the volume of Lake Geneva. Finally, produced but uneaten food vainly occupies almost 1.4 billion hectares of land; this represents close to 30 percent of the world’s agricultural land area.

In the West, most of our food waste occurs because we toss out leftovers and unused ingredients — and because stores won’t sell ugly produce. The FAO found that some farmers dump 20 to 40 percent of their harvest because it “doesn’t meet retailer’s cosmetic specifications.” In developing countries, by contrast, most of the wasted food rots somewhere between the field and the market because of insufficient refrigeration and inefficient supply chains.

The FAO estimates that when we throw away more than 1 gigaton of food every year, we are throwing away $750 billion with it — an estimate that doesn’t include wasted seafood and bycatch.

“All of us — farmers and fishers; food processors and supermarkets; local and national governments; individual consumers — must make changes at every link of the human food chain to prevent food wastage from happening in the first place, and re-use or recycle it when we can’t,” FAO Director-General José Graziano da Silva said in a statement. “We simply cannot allow one-third of all the food we produce to go to waste or be lost because of inappropriate practices, when 870 million people go hungry every day.”