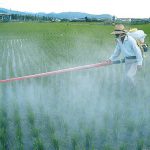 Nearly a decade before the first genetically-modified organisms (GMOs) were ever approved for commercial cultivation, “Frankenscientists” were already busy developing GM pesticides to spray on food crops being grown in the U.K., according to little-known reports. And few people today are aware of the fact that these GM pesticides were – and possibly still are – being openly sprayed on cabbage plants grown for human consumption in Great Britain, and perhaps elsewhere, without ever being properly safety tested.

It is a trend that continues to this very day: The biotechnology industry cozies up to government regulators to get dangerous, untested chemicals approved for “safe” use in the general food supply. And by the time the population at large figures out what has happened, said chemicals have already become a commonplace fixture in commercial agriculture, putting the health and lives of millions of people at serious risk.

According to an Independent piece published back in 1994, a GM pesticide containing scorpion venom was quietly approved for use by a U.K. government committee without proper safety review. Formulated in the late 1980s, this pesticide reportedly contains a virus and “extra genetic material from scorpions” that releases a nerve poison toxic to caterpillars. The stated purpose of the chemical, of course, is to protect crops from being eaten by caterpillars.

But many scientists were vehemently opposed to the release of this chemical at the time, not only because of its untested GM materials, but also because the virus it contained was sure to be released into the wild upon being sprayed. According to the experts, applying a virus-based chemical in an area where the virus is not even native is dangerous. But their words of caution were ignored, and the chemical was applied to cabbage plants in the Oxfordshire region of England.

Is GM cabbage with built-in scorpion poison coming down the biotech pipeline?

It would be one thing if these heinous experiments were a one-time thing that has since been scrapped. But according to a recent report by Heidi Stevenson from Gaia Health, another study published nearly a decade after the cabbage spraying trials suggests that Frankenscientists are not finished tinkering around with using scorpion poison in conventional agriculture.

“In the newer incarnation of scorpion poison genetic engineering, genes from the scorpion Androctonus australis hector for production of poison are being genetically engineered into cabbages,” she writes. “The goal is to produce them for public consumption. With the FDA’s history of rubber stamp approvals for genetically modified crops, it seems unlikely that anything will interfere with their production and entry into a supermarket near you.”

The study Stevenson cites was published in the journal Cell Research back in 2002, and speaks of a “recombinant scorpion insectotoxin” that scientists found to be capable of destroying cultured insect cells. Recombinant poisons are commonly injected into the genetic code of GMOs, which suggests that the goal of the project was to develop yet another genetic tweak for biotech agriculture.

“The reality is that, instead of spraying pesticides onto the plants, the plants will contain them in every cell,” adds Stevenson. “The result is that the pesticide will end up in the bodies of people who eat the cabbage.”

Written by: Jonathan Benson on September 18, 2013.
Last revised by: