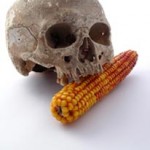 Food safety groups are calling on the US Department of Agriculture to deny approval of a new genetically modified corn developed by Dow AgroSciences that is resistant to the herbicide 2,4-D, a major ingredient in the notorious Agent Orange chemical defoliant used during the Vietnam War.

Exposure to 2,4-D has been linked to major health problems that include cancer (especially non-Hodgkin’s lymphoma), lowered sperm counts, liver disease and Parkinson’s disease. A growing body of evidence from laboratory studies shows that 2,4-D causes endocrine disruption, reproductive problems, neurotoxicity and immunosuppression. Further, industry’s own tests show that 2,4-D is contaminated with dioxins, a group of highly toxic chemical compounds that bioaccumulate, so even a minute amount can accumulate as it goes up the food chain, causing dangerous levels of exposure. Dioxins in Agent Orange have been linked to many diseases, including birth defects in children of exposed parents; according to EPA, 2,4-D is the seventh largest source of dioxins in the US.

Bill Freese, science policy analyst for the Center for Food Safety, told Capital Press that the 2,4-D GM corn will “lead to another round of herbicide resistance” similar to what has happened with glyphosate.

Gary Hirshberg, chairman of Stonyfield Farms, said, “The science is clear on the problems with 2,4-D. It has been implicated in health problems and birth defects in hundreds of thousands of Vietnam War veterans and Vietnamese people.”

USDA ignoring the science on 2,4-D

According to an action alert issued by the Center for Food Safety, “approval of Dow’s GM corn will trigger a big increase in 2,4-D use—and citizens’ exposure to this toxic herbicide. Yet USDA has not assessed how much, nor analyzed the resulting impacts on public health, the environment or neighboring farmers (2,4-D is prone to drift and cause damage to nearby crops). Instead, USDA has once again bowed to the pesticide industry, by giving preliminary approval to still another pesticide-promoting crop that will likely harm people and their children, including farmers, and the environment. USDA claims to be adhering to a scientific process, yet the Agency is blatantly ignoring the science on 2,4-D.”