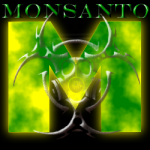 The most exhaustive, and up-to-date summary of the dangers of GM agriculture for 2013. GM agriculture is a recipe for disaster, as this report will make clear. It is also standing in the way of the shift to sustainable agriculture already taking place in local communities all over the world that can truly enable people to feed themselves in times of climate change.

GM agriculture is failing on all counts while hazards to health and the environment are coming to light. Opposition to GMOs is gaining momentum worldwide but the expansionist GM corporate agenda continues undiminished. GM agriculture is a recipe for disaster as this report will make clear. It is also standing in the way of the shift to sustainable agriculture already taking place in local communities all over the world that can truly enable people to feed themselves in times of climate change. Take action now to ban environmental releases of GMOs, locally in communities, villages, towns, municipalities, regions, as well as nationally and globally. We the people need to reclaim our food and seed sovereignty from the corporate empire before they destroy our food and farming irreversibly.

The industry-funded International Service for the Acquisition of Agri-biotech Applications (ISAAA) claims that the global area of genetically modified (GM) crops reached 170.3 m hectares (420 m acres) in 2012; a 100-fold increase since commercialization began in 1996; and “the fastest adopted crop technology in the history of modern agriculture”.

GM remains limited to two traits in three major crops that are largely kept out of most of the world.

One main reason is its inability to deliver really useful traits. As Geoffrey Lean of the Telegraph remarked in reviewing a new book by Prof Sir Gordon Conway, formerly President of the Rockefeller Foundation and Chief Scientific Adviser to the Department for International Development, and a known GM supporter: “But what emerges from his book, One Billion Hungry….is how little – so far, at least – GM technology is contributing to beating hunger.” In contrast, conventional breeding assisted by genetic markers has been turning out miracles in the meantime, as described in Conway’s book. Scientists at Britain’s National Institute of Agricultural Botany (NIAB) have just created new wheat hybrids that could increase yields by 30 %. But it is in Africa that major successes have been tumbling out. Nerica rice varieties up to four times as productive as traditional varieties with much shorter growing season, more protein, resist pests and diseases, thrive on poor soils, and withstand drought; also 30 varieties of drought-tolerant maize are boosting yield 20 to 30 % across 13 countries, climbing beans treble production in Central Africa, wheat varieties thriving on salty soils, plus a host of other wonders: blight-resistant potatoes, crops enriched with vitamin A, iron and other essential nutrients.

The other reason is that resistance to GM crops and GMOs (genetically modified organisms including transgenic trees, fish and livestock) has been growing simultaneously worldwide as the failures and hazards are coming to light behind the corporate propaganda.

GM crops are hardly grown in Europe even though the European Commission has given commercial approval for cultivation, showing every sign of caving in to the GM lobby. But at the end of May 2013, Monsanto, the largest producer of GM seeds, announced it is pulling out from Europe. Monsanto’s Europe representative Brandon Mitchener told the press the company would no longer engage in any lobbying in Europe and would not apply for approval of any GM plants. German Agriculture Ministry issued a revealing statement: “The promises of GM industry have not come true for European agriculture, nor have they for the agriculture in developing and emerging economies.” Monsanto is the last company to depart Germany, if not Europe, following Bayer CropScience, BASF and Syngenta. Monsanto has been in the news simultaneously for its unapproved glyphosate tolerant GM wheat that has turned up in a farmer’s field in Oregon; and Japan and then South Korea suspended their wheat imports for fear of GM contamination, leading to a 4% drop in Monsanto’s shares.

In fact 8 European Union countries have imposed outright bans on crops approved: Austria, France, Germany, Hungary, Luxembourg, Greece, Bulgaria and Poland. Switzerland has had a moratorium on GM crops since 2008, which was set to end in 2013. But in March 2013, the Swiss Parliament voted to prolong the moratorium ignoring the findings of their National Research Programme 59, which“re-confirmed the safety of the commercial use of GM crops and recommended an end to the moratorium.” Denmark, is the latest country to give up GM crops after having allowed Monsanto to carry out field trials of GM maize since 2009. In addition, regions and local administrations at every level in 37 European countries have declared themselves GMO-free. As of 2010, this comprises 169 main regions (prefectures, etc.); 123 intermediate regions (provinces, districts, etc.), 4 713 local governments (municipalities and communities up to areas of 1 m ha), and 31 357 individuals; and the movement is growing rapidly.

Within the heartland of GMOs the USA, where the failures of GM crops and the problems created are most visible and most acute (GM Crops Facing Meltdown in the USA, SiS 46); a pitched battle is taking place to get GM crops out through GMO-labelling legislation that would unleash the power of consumers against the might of the biotech industry. Close to 95 % of Americans support GM labelling. In October 2011, the Center for Food Safety filed a legal petition with the FDA to require labelling of all GM food. In 2012, 55 members of Congress wrote a letter to the FDA commissioner in support of the petition. The FDA has received over one million public comments supporting the petition, the largest response ever received by the agency. Meanwhile, 37 GM food labelling bills have been introduced in 21 states in 2013. In the latest move in Washington, Senator Barbara Boxer and Congressman Peter DeFazio have jointly sponsored new federal legislation that requires labelling of all GM food in the US. The Genetically Engineered Food Right-to-Know Act is the first national labelling bill to be introduced in Congress since 2010. The US Green Party has called Monsanto “a top risk to public health and the environment,” and has urged a moratorium on GM food crops.

In November 2012, Peru imposed a 10 year ban on GMOs in the country, thanks to the effort of farmers from Parque de la Papa in Cusco, a community of 6 000 anxious to protect indigenous biodiversity especially of corn and potatoes on which their livelihood depends.

In the same month, Kenya banned import of all GMOs with immediate effect. This followed a decision made by the cabinet on the basis of “inadequate research done on GMOs and scientific evidence provided to prove the safety of the foods”.

On 1 June 2013, the new administration in Venezuela announced a new law to protect farmers against GM seeds

The rising opposition to GMOs has done little to diminish the aggressive expansionist agenda of the GM corporate empire. Mexico is a major target. US biotech firms Monsanto, DuPont and Dow have applied for permits to grow more than two million hectares of GM maize in northern Mexico. Mexico is the birthplace of maize and a center of biodiversity. Since 2009, the Mexican government has granted 177 permits for experimental plots of GM maize covering 2 664 hectares. Large-scale commercial release of GM maize has not yet been authorized; but GM contamination of native maize has already been discovered, as the result of what some regard as “a carefully and perversely planned strategy”.

The other major strategy of the GM corporate empire is seed monopoly and escalating seed costs. Conventional non-GM seeds are pushed out at the expense of GM seeds, thereby reducing farmers’ choices. The big four biotech seed companies – Monsanto DuPont/ Pioneer Hi-Bred, Syngenta, and Dow AgroSciences – now own 80 % of the US corn market and 70 % of soybean business. The costs of seeds have increased two to three fold since 1995. This is destroying the lives of farmers around the world; the most visible in India, where the introduction of GM cotton has coincided with an escalation of farm suicides (Farmer Suicides and Bt Cotton Nightmare Unfolding in India, SiS 45). At the same time, farmers who want to return to conventional non-GM seed after experiencing increased pest resistance and crop failures find themselves unable to do so, on account of the limited availability of non-GM seeds.

This is a dangerous situation for the future of food and farming, one that needs to be reversed as quickly as possible, particularly as GM agriculture is failing on all counts. That can only be achieved by a ban on GMOs, an action already taken by countries and local communities around the world. We need to join forces with them, to put an end to the GM corporate empire.

Ten years ago, 24 scientists from around the world formed an Independent Science Panel and produced a report (The Case for A GM-Free Sustainable World, ISIS/TWN publication) summarizing compelling evidence on the hazards of GM crops and the benefits of organic agro-ecological farming, and called for a global ban on environmental releases of GMOs, and a shift to non-GM sustainable agriculture. This report was widely circulated, translated into several languages, and republished in the US a year later. It remains the most succinct and complete account on the subject; but crucial new evidence has come to light within the past decade that strengthens the case considerably.

First of all, decisive evidence has emerged on the unsustainability and destructiveness of conventional industrial agriculture, of which GM is the most extreme; in stark contrast to the proven successes of non-GM ecological farming: its productivity and resilience, environmental and health benefits, and in particular, its enormous potential for saving energy and carbon emissions in mitigating and adapting to climate change. We presented all that in a comprehensive and definitive report published in 2008 (Food Futures Now *Organic *Sustainable *Fossil Fuel Free, ISIS/TWN publication). Our report is completely in line with the International Assessment of Agricultural Knowledge, Science and Technology for Development (IAASTD) report, which resulted from a three-year consultative process involving 900 participants and 110 countries around the world; a sure sign of the scientific consensus that has emerged around non-GM ecological farming as the way forward in food and farming.

To complete the case, we need to bring together all the damning evidence against GMOs on health and the environment, especially in the light of new discoveries in molecular genetics within the past ten years. That is the main reason for the present report.

GM agriculture is a recipe for disaster, as this report will make clear. It is also standing in the way of the shift to sustainable agriculture already taking place in local communities all over the world that can truly enable people to feed themselves in times of climate change. Future generations will not forgive us if we do not stop the GM takeover now.

Please use this report, circulate it widely, and send it to your political representatives.