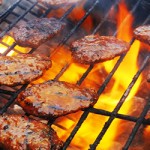 County and state health officials in North Carolina are investigating a Salmonella outbreak that sickened nine people and hospitalized five of them following a fundraising barbecue held Sept. 7 at a church in Shelby, NC.

Pastor Garin Hall said that 5,000 people typically attend the annual event at the Sandy Plains Baptist Church and that the food served there is always carefully prepared.

“We have cookers that keep meat hot all the time, and so we take a lot of pride in the way that we do it and try to do it well,” he reportedly said.

Salmonella bacteria can be transmitted via raw or undercooked meat and eggs, raw milk and contaminated water. Salmonella infection can cause intestinal problems such as diarrhea and vomiting. Health officials are advising anyone with those symptoms who attended the church barbecue to consult with a healthcare provider and to discard any food purchased at the event.